Woodside resident jets off to Turkey with help from Lucy 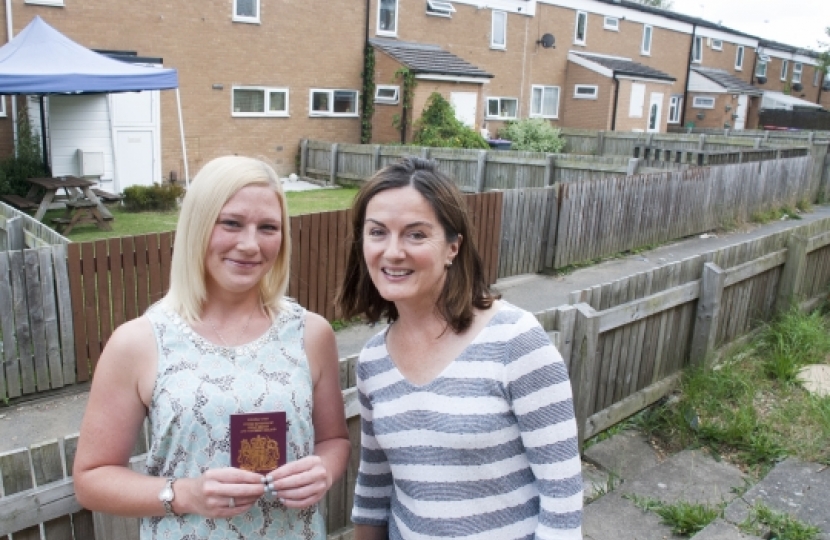 A Telford resident is celebrating today after a local campaigner, Lucy Allan helped ensure she got her passport on time – just days before her first holiday abroad.

Patricia Hartley, from Woodside, applied for her passport 12 weeks before she was due to fly, but was held back by delays due to her postcode being incorrectly entered on the Passport office systems.

As it was her first passport, she had to attend an interview – meaning the error set the process back to the point that she was in danger of missing her holiday.

She feared she would miss her break in Turkey – but help was at hand when she got in touch with community campaigner Lucy Allan.

Lucy explained: “When Patricia phoned me explaining her troubles I really wanted to help. The process was so complex and she was anxious about missing her first holiday abroad.

“I got in touch with the Home Secretary, Theresa May, and the Immigration Minister, James Brokenshire explaining the situation and asking if there was anything we could do to speed up the process.

“Within a few days Patricia had a date for her passport interview. Her passport arrived two days later.”

“I am so pleased for her and I hope she enjoys her first trip abroad with her family.”

Patricia said: “I don’t think I would have got my passport without Lucy’s help. It wasn’t until she got involved that anything happened and I can’t thank her enough."