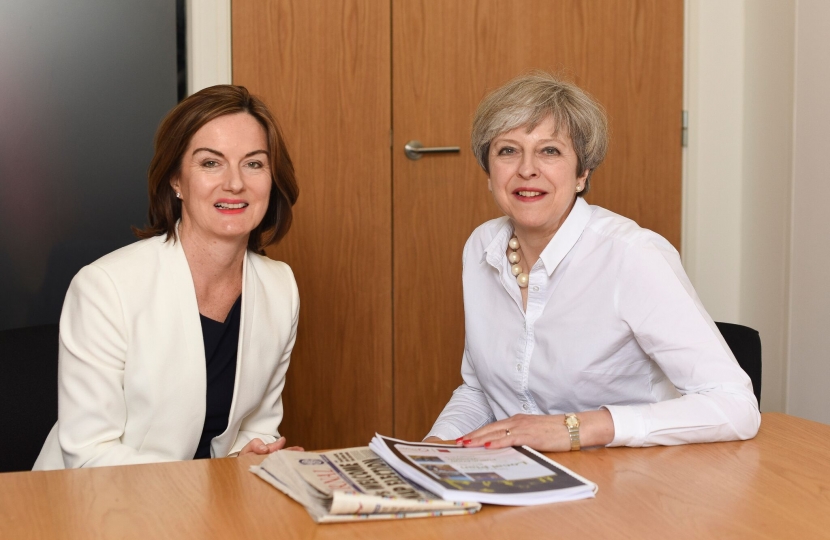 The Syrian civil war has been a brutal conflict costing hundreds of thousands of lives and displacing millions of people. Some believe the world has stood by and that the plight of the Syrian people has been ignored, others fear that any action would risk being drawn into wider conflict.

Last weekend, British, American and French forces jointly conducted co-ordinated and targeted strikes to degrade the Syrian regime's chemical weapons capability. This was in response to a Syrian Government attack on the city of Douma, which killed 75 people and left over 500 casualties requiring urgent medical treatment.

First-hand accounts from aid workers have detailed the horrific suffering, including burns to the eyes, suffocation and skin discolouration, with a chlorine-like odour surrounding the many victims, including men, women and children.

Sometimes a line is crossed and action is necessary.

It was agreed, with the US and French President, that a limited and defined attack was required; an intervention that would degrade targeted facilities and not prompt further involvement in Syria’s civil war, nor seek regime change. That is why a co-ordinated assault was launched across several chemical weapon sites in Syria.

The Prime Minister kept Parliament and the public informed of unfolding events. It was right not to involve Parliament in the decision to act. Politicising warfare by asking backbench MPs to vote does not ensure the correct decisions are taken. MPs do not have access to intelligence, military assessments, nor the legal advice which is available to the Prime Minister and Cabinet. These are matters for the generals and intelligence chiefs advising the Prime Minister and Cabinet on the best course of action. I believe that a Parliamentary vote on the decision to take joint action against these targets would not have been a helpful course of action and would have politicised this issue unnecessarily.

The strikes degraded chemical weapons facilities on the outskirts of the Syrian city of Homs, a research centre, in eastern Damascus, and, importantly, sent a message to President Assad that his use of chemical weapons will not be tolerated.

I hope that the strikes gave assurances to the Syrian people that the world has not forgotten them. The UK and its international partners are resolved to bringing Syrian, Russian and opposition representatives to the negotiating table, so that a political solution can be found to end this horrific conflict.