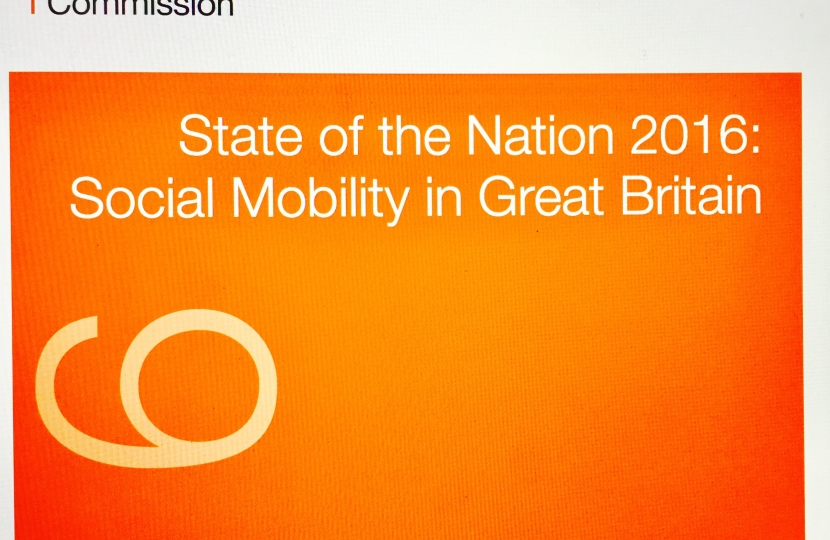 The Social Mobility Commission chaired by Alan Milburn published its 'State of the Nation 2016' report this week.

The report reveals “the rungs on the social mobility ladder are growing further apart" and that “the contrast between living in a disadvantaged and an advantaged neighbourhood in Telford & Wrekin is particularly stark.”

Telford & Wrekin was named as a hot spot for educational disadvantage, falling in the top 10 boroughs in England & Wales, with the highest number children attending failing schools. What was particularly striking was that in the most disadvantaged areas of Telford & Wrekin, children were most likely to attend a failing school. In the most advantaged parts of the borough 64% of children were attending outstanding schools.

This demonstrates entrenched and self perpetuating disadvantage. When I have spoken about this concentration of disadvantage, inequality, and poverty of opportunity for some children in our town, I have been taken aback by the backlash this causes. People do not want to hear.

We have incredible teachers, working incredibly hard to to give their students opportunity against the odds. I know that and I have seen it first hand. But we do no child any favours pretending that this entrenched disadvantage does not exist. If you live in The Wrekin constituency, say in Newport, your life chances and opportunities will be very different to your life chances and opportunities, if you live in say Woodside or Brookside in Telford. The advantaged areas of the Borough too often mask the areas of entrenched disadvantage that we must tackle.

You can read the report here. Let's learn from it and keep talking about it; I will go on raising the issue of the life chances and opportunities of children in the least affluent areas of our town.

Theresa May has made it clear that improving Social Mobility and Life Chances is a priority for this Government. I expect the Chancellor’s Autumn statement next Wednesday to allow funding for projects designed to improve life chances in areas of concentrated disadvantage. I am looking to Government to develop policies which will have a direct positive impact on Telford.