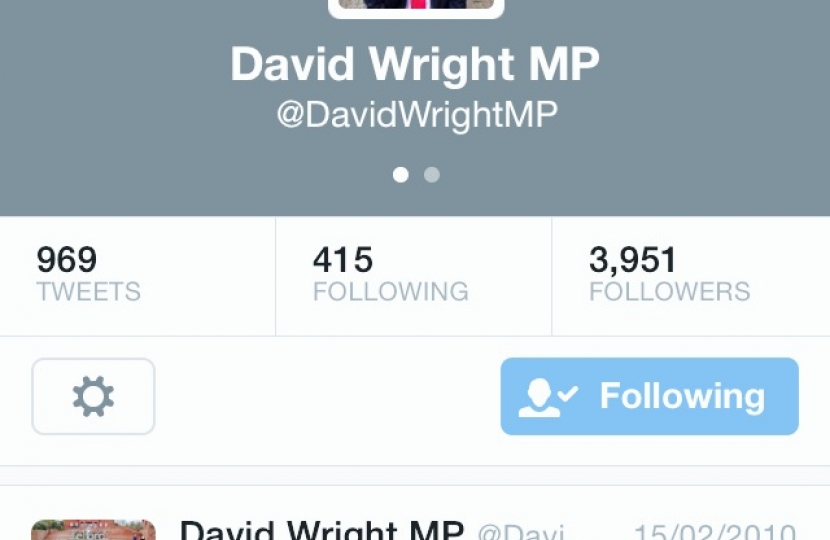 "If you want to find out more about your MP, read their tweets," says left of centre magazine New Statesman, in an article dated 6th August 2014.

Now North Shropshire MP, Rt Hon Owen Paterson, is tweeting, all Shropshire's MPs are on Twitter. Their tweets give a revealing insight into how they think, communicate and see their role as MP. The MP for Telford, David Wright, was the first Shropshire MP to experiment with Twitter. This experiment came to an end after one embarrassing tweet made national headlines.

"I have just had a look at the 968 other tweets David Wright wrote during his time on Twitter. I am shocked by the way colleagues, journalists, and constituents are referred to.  It is particularly shocking because the language, and the disrespect shown for others is inconsistent with the public image that David projects"

"Maybe this episode is an unfair reflection; for this reason David should consider tweeting again, so Telford residents can put these early tweets in context and find out more about their MP.