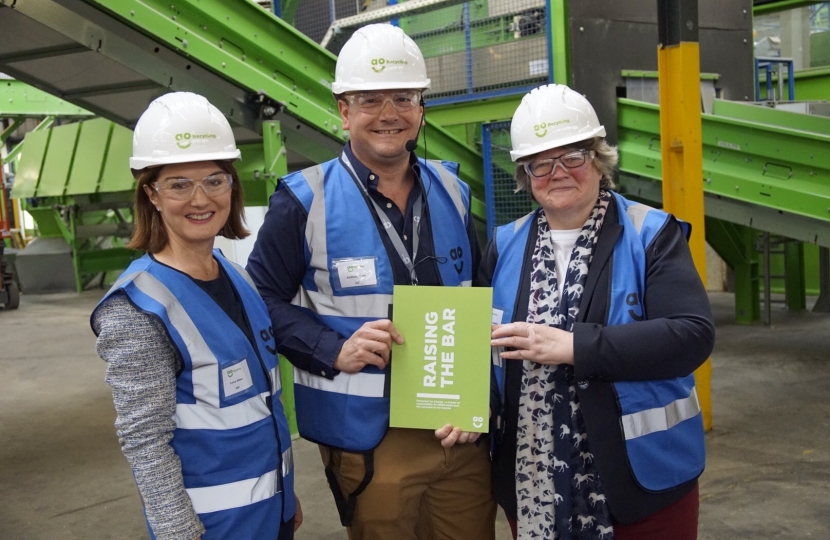 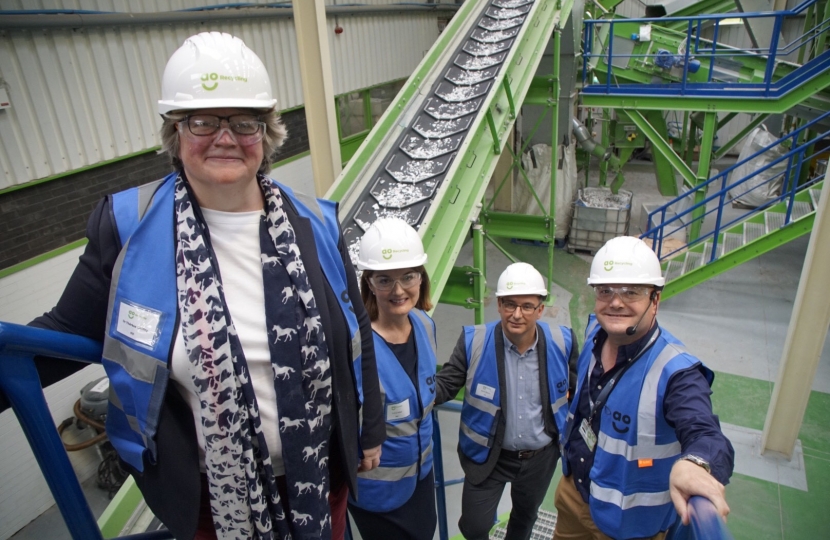 The Minister and local MP were joined by AO senior staff including CEO, Steve Caunce and were given a tour of the factory by Director, Anthony Salt, which included a demonstration of how the site recycles fridges.

Following the tour, the guests moved outside to witness the Minister officially unveil the plaque and give a speech to AO employees.

AO Recycling is one of the UK’s largest recyclers of fridges and other large domestic appliances. The plant itself will recycle over 700,000 fridges a year which constitutes a fifth of all fridges disposed of in the UK every year. The site will also recycle the cardboard packaging that nearly all large domestic appliances are delivered in and is one of the most modern and environmentally friendly recycling plants in the country.

The 75,000 sqft facility became operational in late 2017 and will bring 200 jobs to Telford once full capacity is reached.

“This is a significant step by a British business to increase our capacity to recycle fridges and other electrical household appliances, in what is the biggest facility of its kind in Europe here in Telford.

“We all have a responsibility to our environment and it is only through businesses, consumers, and government working together that we will recycle more and protect our environment for the next generation”.

“It’s been a fantastic month for Telford, with the official opening of two state of the art factories.

“I congratulate AO Recycling on this fantastic initiative which has a very positive future ahead. Led by such passionate and enthusiastic staff, I know that the business will integrate well into our community, as well as provide employment opportunities for people in Telford.

“I also thank the Minister for attending this important milestone in industrial and environmentally sustainable growth for Telford and its future.”