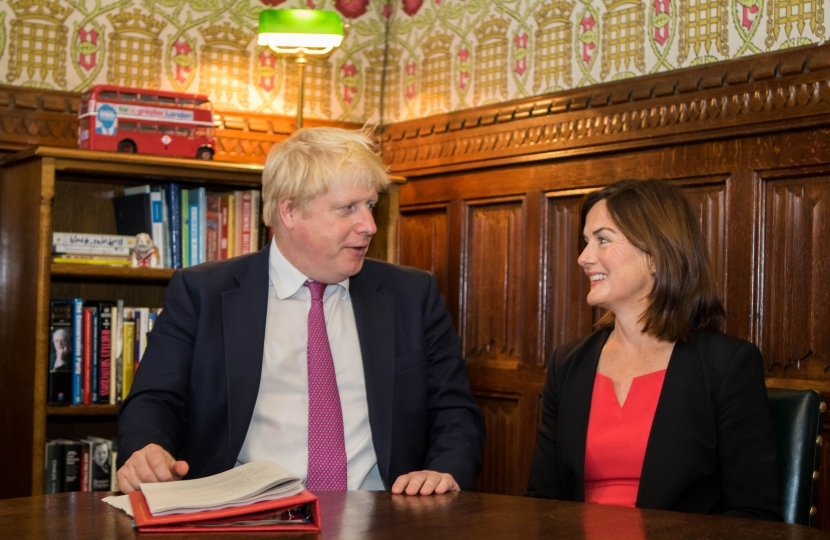 After three long frustrating years of trying and failing to leave the EU, politics has turned a corner.

In addition to a new PM we have a new Government and a cabinet united in their commitment to deliver Brexit by 31st October. The new PM has shown that discipline and loyalty are expected from his ministers, if the Government is to deliver for our country.

Overnight Parliament has been energised by a surge of possibility and optimism, which is uplifting and refreshing.

Change is always exciting and invigorating. We have had 3 years of stagnation and damaging uncertainty which will soon end. It seems likely the new PM will seek to call an election while Corbyn is still leader of the Labour Party and after we have left the EU. This will give the new Government the mandate and majority it needs to deliver its reforming, radical domestic agenda.

As Telford’s MP, I will fully support the PM as he works against the clock to deliver Brexit and unite our party. The new Prime Minister has less than 95 days until the UK leaves the EU, and he faces an uphill task to secure a new deal. There is no room for further delay. People in Telford voted by 67% to leave and leave we must, if we are to move forward.

Apart from Brexit, there are other pressing issues facing our country. The PM is promising to spend more on education, investing in the future of our young people pays dividends and our colleges and universities will play a key part in a post Brexit world. He has also committed to 20 hospital upgrades, ensuring that money for the NHS gets to the frontline to reduce GP waiting times. This is exactly what we need in Telford and I have already set out the case for the PRH to the PM.

The Prime Minister has also seized on big fiscal policies that could reshape our economy. We will see less tax and more spending and investment going towards our public services and infrastructure making us a country fit for the future.

I look forward to helping to ensure these policies become a reality to improve the lives of all my constituents in Telford. This is an exciting time to represent our town, which is so well placed to benefit from this new dynamic politics.