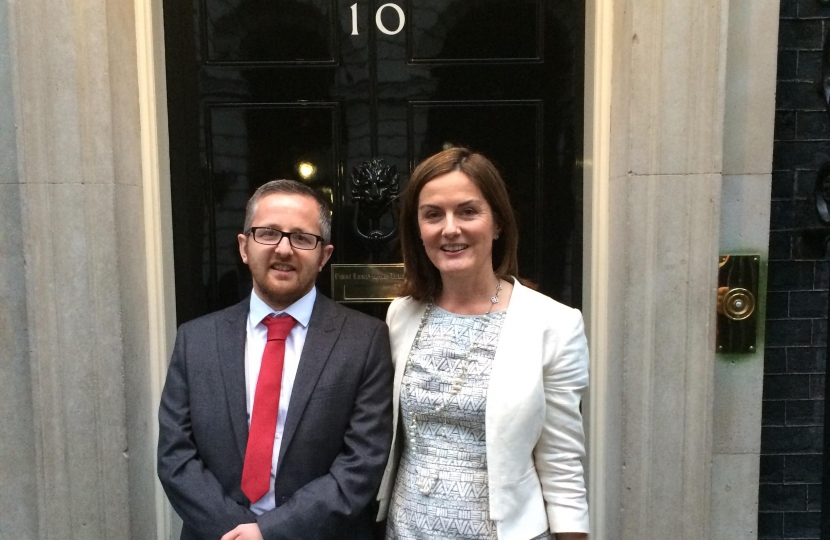 The Prime Minister held the reception to recognise the work of people from all over the country who work hard to improve their communities.

Leigh is a Community Organiser in Brookside, part of a Government-backed scheme to give areas a stronger sense of community spirit and a stronger voice.

Lucy said: “It was an honour to introduce Leigh to the Prime Minister, who was delighted to meet someone who galvanises others to make their area a better place.

“The Community Organisers programme really helps people help themselves and gives them the tools to make a better life.

“Lots of different people have come together in Brookside to help the Community Organisers improve their area, whether its litter picking, organising events or fixing bikes.”

Leigh works to help organise and support Brookside residents to work together and form community groups, such as the Brookside Events Group and the Brookside Improvements Group, which organises litter picks around the area.

David Cameron gave a speech at the reception where he spoke about the importance of bringing communities together and praised the attendees for playing their part in their communities.