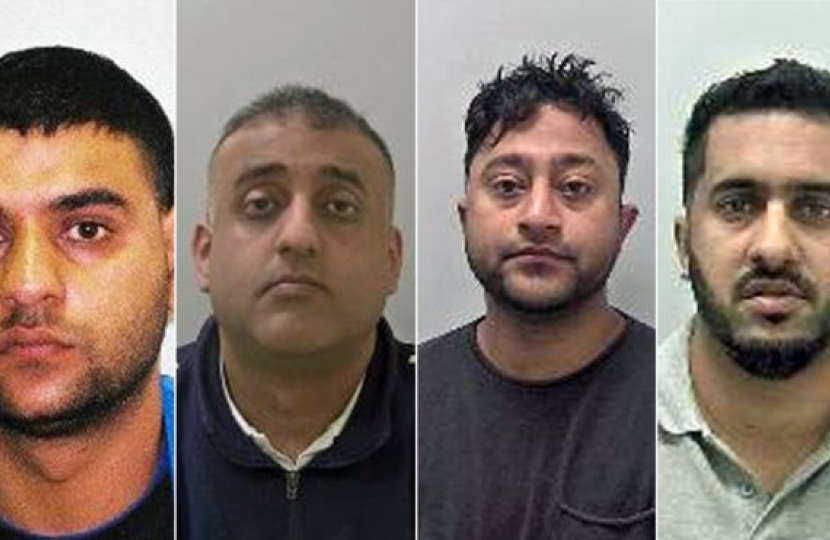 Today, Lucy Allan MP, welcomed the conviction of four men for grooming, rape and serious sexual assault, paying tribute to the victim, who was 12 when the offences began, and to the CPS and police for a successful prosecution.

More details of this case can be found here.

Lucy Allan said: "the victim in this case has been incredibly brave to come forward and live through the ordeal of a court case. It is by speaking out and by the CPS securing a successful prosecution, that other young women in our community can feel safer and that justice is done."

"The authorities are much better today at identifying these crimes and at responding appropriately. It is only by shining a light on this issue that many victims have felt able to come forward. I am glad to have been given a platform in Parliament to raise this issue repeatedly. I know that because of this, victims have been encouraged to speak out. We need to be sure that all victims and survivors have access to the support services they need to deal with the trauma they have experienced."

"We must push forward with the local independent inquiry in Telford - it is over three years since I first stood up in Parliament and asked for this inquiry. We do have an excellent chairman in place at last, but the work must now begin of finding out what happened and why. We cannot allow any further roadblocks to stand in the way of getting justice for victims and survivors, and allowing our community to move forward."

"I expect to see in today's Queen's Speech legislation that will prevent automatic early release of serious sexual offenders, to ensure that perpetrators of this horrendous crime will serve the term handed down."