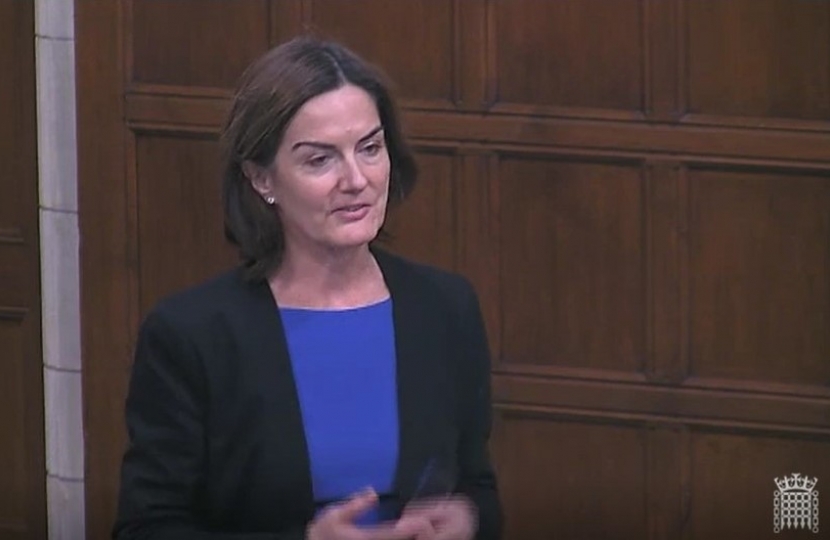 Today in Parliament, Lucy attended a Westminster Hall debate about the protection of retail workers.

The British Retail Consortium (BRC), the trade association that represents British retailers has been a champion of this issue, and a BRC survey shows that 115 retail workers are attacked every day. Lucy took the opportunity to voice her support for the BRC and its work in this area.

In June 2019, the BRC submitted evidence to the government, supported by the USDAW trade union and the Association of Convenience Stores (ACS), which showed the scale of retail violence in the UK. Common triggers include enforcing legally required age restriction checks, refusing to serve intoxicated customers, or challenging thieves. Violence has grown despite record spending of nearly a £1 billion per year by retailers on crime prevention.

“Violence against shop workers is a critical issue and any delays to tackling it will serve only to create more victims. No one should ever go to work in fear for simply carrying out their job. Retail workers are at the core of our communities across the country and these horrific crimes impact these skilled, passionate and determined individuals that make the industry what it is.”

The Chancellor has announced a £750 million package of support to ensure charities can continue their vital work during the coronavirus pandemic. Tens of thousands of charities will benefit from the scheme, ensuring they can meet increased demand and allow them to continue operating.