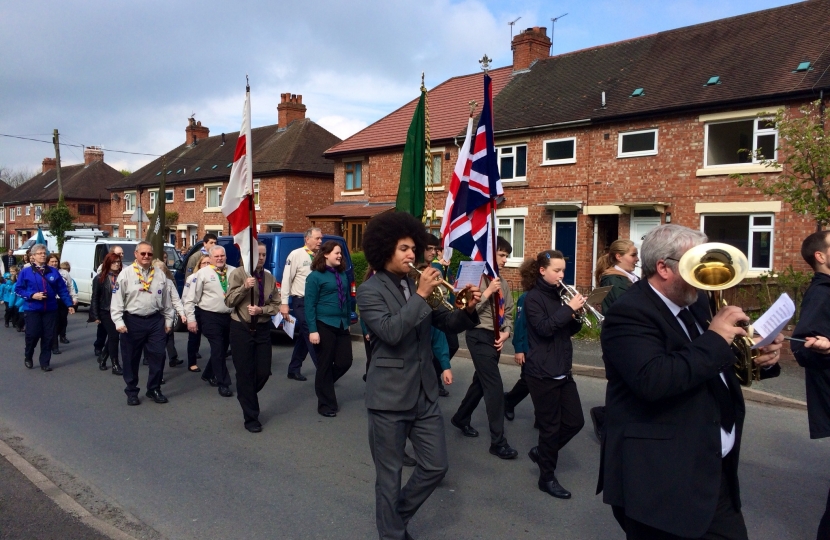 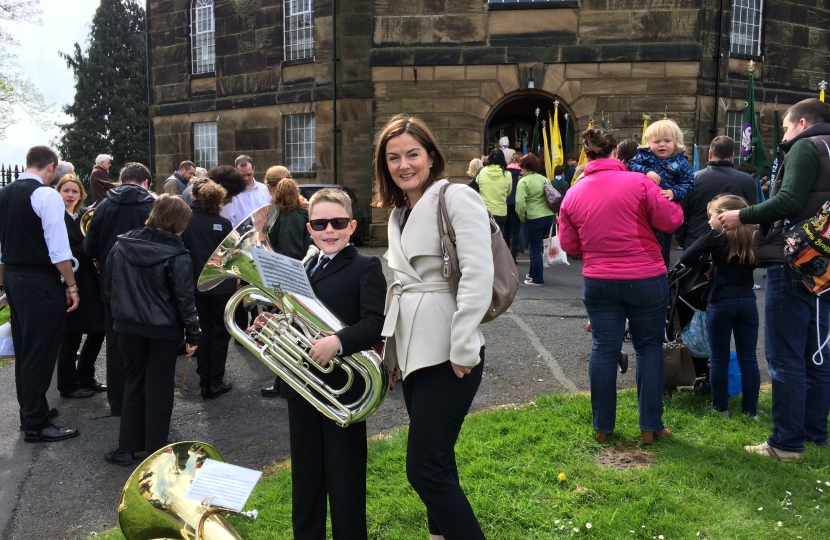 A St George’s Day parade through Telford has been hailed as a success by community campaigner Lucy Allan.

A parade of beavers, cubs and scouts walked from the Park Lane Centre in Woodside to St Michael’s Church in Madeley in a ceremonial parade, led by a marching band made up of youngsters from across Telford.

Hosted by the First Madeley Scout Group for the first time in 13 years, the scouts were joined in the parade by members of the Boy’s Brigade, the Guides and the Royal British Legion.

The parade was followed by a service at St Michael’s Church, where District Commissioner Keith Wale gave out awards in acknowledgement of the hard work of those in the scout movement, young and old, including scout leaders who have given 40 years0020service.

Lucy Allan said: “It was great to see so many children of all ages turn out for the Scouts parade to mark St George’s Day.”

“People lined the route and came out of their houses to watch the parade go by. It was an uplifting community event and everybody had fun.”