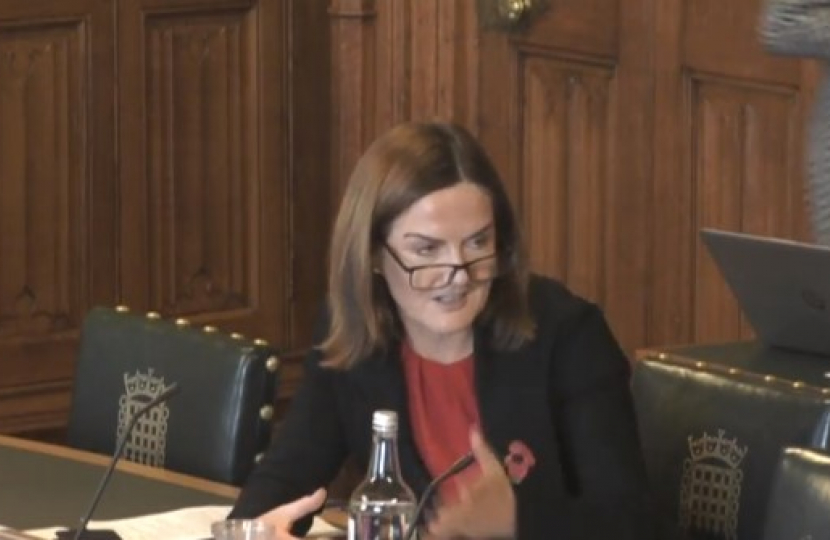 As a member of the Health and Social Care Committee, Lucy Allan MP has been taking part in a review of NHS clinical negligence compensation. In a wide-ranging Report on NHS litigation reform, the Committee says the current system for compensating injured patients in England ‘not fit for purpose’ and urges a radically different system to be adopted. The Committed recommends that the Government  removes the need to prove clinical negligence from NHS compensation claims when things go wrong.

Last year the NHS year paid out £2.17 billion of taxpayers’ money in compensation payment to patients for negligence.

The experience of families affected by the maternity scandal in Telford and Shropshire is an example of the failures in the current medical negligence system. Affected families have often had to endure an adversarial legal process to get justice, struggling for many years for their claims to be considered and paid. During this time instead of their loss and suffering being acknowledged, and steps taken to put matters right, they are treated in a hostile and defensive manner by lawyers and hospital managers. This aggravates the harm and prevents a learning culture that would help avoid future mistakes.

I hope this report will focus attention on much needed reform of culture and impress on the NHS the need to focus on learning from errors and acknowledgement of shortcomings, rather than using taxpayers’ money to fight those patients who have been harmed.

The system of compensating patients for negligence in the NHS is long overdue for reform. We’re urging the Government to adopt our recommendations to reduce both the number of tragedies and the soaring costs to the NHS.

Under the current system, patients have to fight for compensation, often a bitter, slow and stressful experience with a quarter of the enormous taxpayer-funded sums ending up in the pockets of lawyers.

We need a better system that learns from mistakes, following the lead of countries like New Zealand and Sweden. We must move away from a culture of blame to one that puts the prevention of future harms at its core.

Photo above: Lucy Allan MP at the Health and Social Care Committee