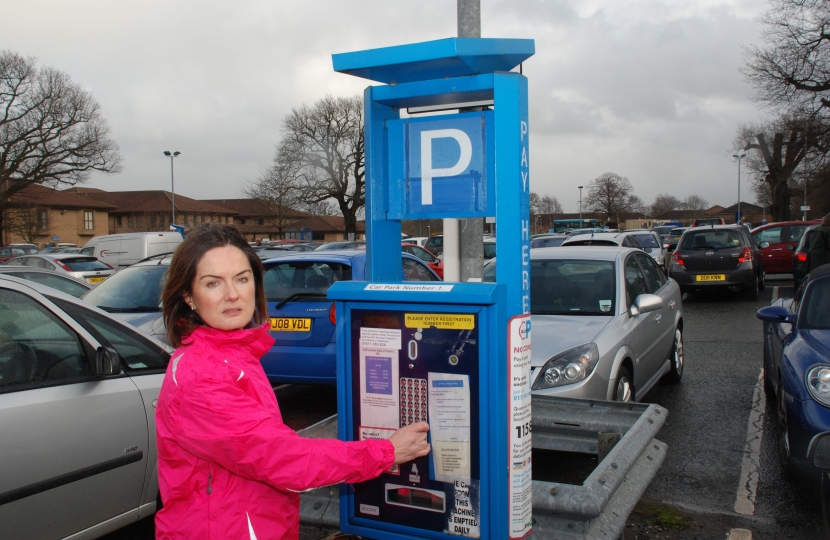 A petition to scrap parking charges at Telford’s Princess Royal Hospital has been received over 1500 signatures after a community campaigner wrote to households in Telford seeking support.

The Telford Campaign Against Hospital Parking Charges (TCAHPC) launched in February and has secured the support of politicians from across the political spectrum.

Lucy Allan, head of the campaign, said: “I am thrilled at the response to the petition so far and I’m hopeful we can convince the NHS Trust to reconsider these unfair charges.

“I’ve heard stories from people all over Telford telling me how the charges have affected them and their families when they’ve needed to go to the hospital.”

“The charges need to be scrapped. The company that runs the car park, CP Plus, made £1.4million over two years from running the car parks at Telford and Shrewsbury – and that was before the price hike in November.

“The NHS is government funded. If charges were scrapped, free parking would naturally be government funded. The NHS patient experience is meant to be free at the point of use and that extends to car parking. There is no reason for a private contractor to be making money from patients and their families.”

“I have sought the backing of Telford & Wrekin Council at a full Council meeting. I have met with the Chief Executive of Shrewsbury and Telford Hospital Trust, Peter Herring, and raised the issue with the Health Secretary Jeremy Hunt in person.

“I have been working closely with Shrewsbury MP Daniel Kawczynski on this issue and together we are determined to keep up the fight.”