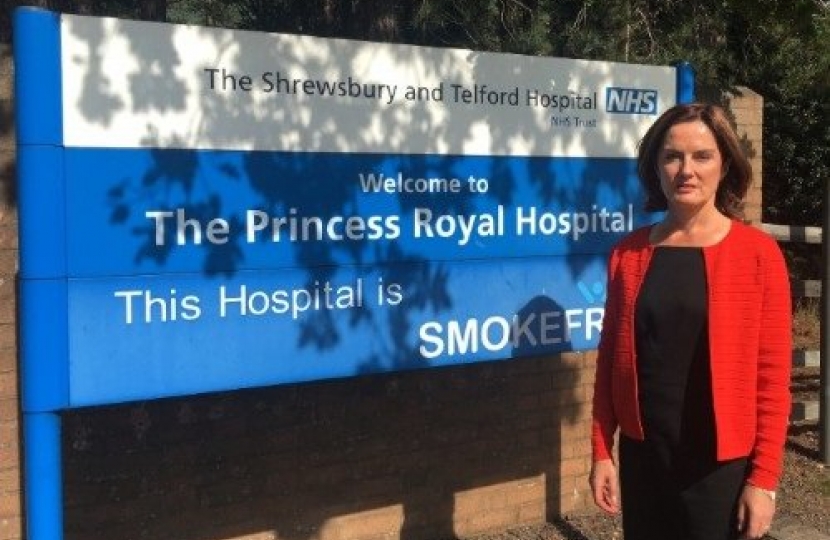 The Chief Executive of NHS Improvement, Amanda Pritchard, has decided to send a special team to drive improvements in healthcare at the Shrewsbury and Telford Hospital Trust (SaTH), following the news that the Ockenden review of maternity care has expanded to include over 1200 cases.

SaTH’s ongoing poor performance across the board was discussed by senior figures in NHS England with concern. The Trust has failed to demonstrate tangible improvements on 5 separate inspections over the last two years.

“ I welcome that it has been recognised that something serious had to change at SaTH. It is good news only so far as something had to be done. It is a great regret that SaTH has been unable to deliver the improvements my constituents are entitled to without external intervention.

Of course, it is very difficult to change culture overnight. Since I have served as Telford’s MP, and long before, SaTH has been a textbook case of complacency, stifling bureaucracy and denial of its own shortcomings. It is simply inappropriate for the Trust to have continued spinning its own outcomes instead of being honest about its serious failings.

This is against a backdrop of an almost delusional determination to push through the Future Fit proposals despite public opposition. This has clearly been a huge distraction to delivering on fundamentals like patient safety. I have consistently opposed the proposals as insufficient for my constituents, and those across Shropshire, who rely on SaTH to provide an excellent level of service.

I hope the specialist improvement team will quickly ensure that working practices and health outcomes at SaTH improve and offer my full support as the local MP.”