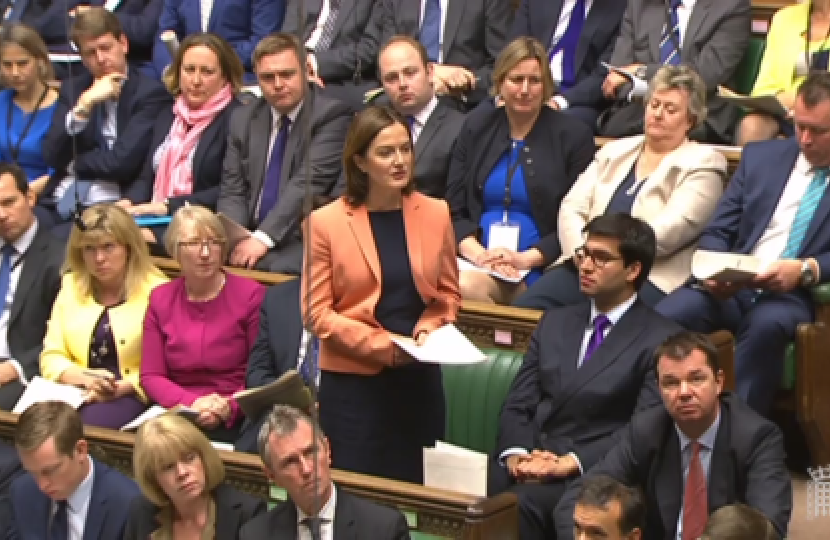 Changes to the tax credit system will affect low paid working families, before the full increase in National Living Wage takes effect in 2020. These changes due to take place from 2016, when the National Living Wage will be £7.20 per hour. This rate will rise gradually to over £9.00 per hour by 2020.

Once the full increase in National Living Wage has been implemented, taken together with all the other welfare and tax credit reforms, the average Telford family, with a single earner on the minimum wage, will be £2,400 pa better off.

Lucy Allan said: “During the transition period there are working families in Telford who will struggle. I am calling for a discretionary hardship fund to cover this period, for those families on the lowest incomes currently receiving Working Tax Credit.”

“With more and more people being taken out of tax altogether, with unemployment at its lowest for 7 years, a real increase in wages, and higher wage jobs coming to Telford, benefits must be targeted at those most in need.”

“The changes to Child Tax Credits will not affect children born before 2017, so a family can go on claiming the full Child Tax Credit for all the children that they have now. After 2017 people will have to consider whether they can afford to start a large family. That is a choice we all have to make.”

“The Tax Credit system is long overdue for reform. It has ballooned out of control. It is intensely complex. It is punitive. It creates a low wage, high tax, benefit dependent culture for millions of people. I want to see working people keep more of the money they earn and benefits targeted at those most in need, rather than being used routinely to top up low wages. It will take time to get to that place and we have to have transistion arrangements in place."

“Overall, taken with Universal Credit, the changes will mean that people are better off for every extra hour they work, instead of under the current system where people tell me they turn down extra hours and pay rises because to take on more work or responsibility would reduce their benefits.”