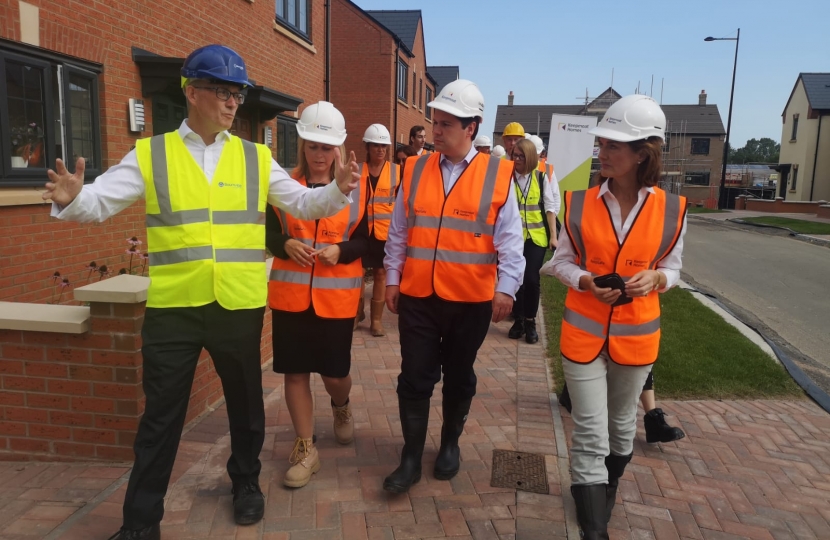 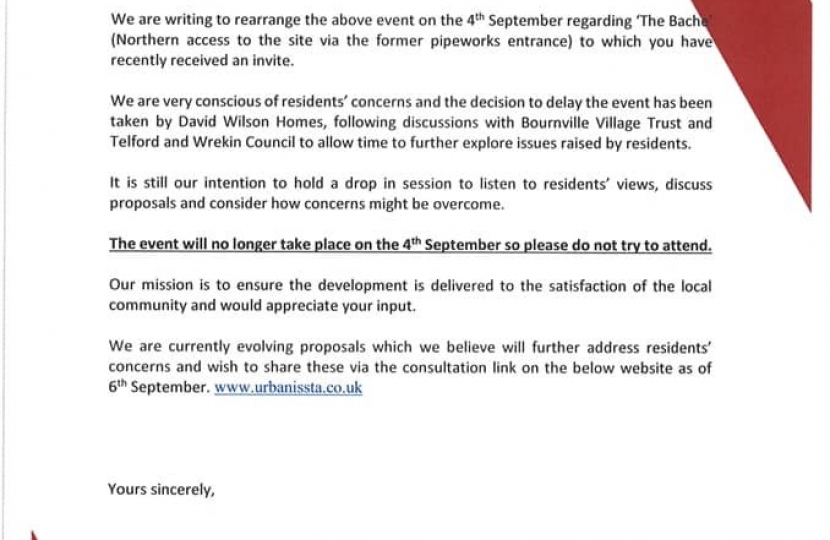 During a visit to Telford the Secretary of State for Housing and Local Government was taken by Telford MP to visit the site of a controversial access road in Lightmoor Village.

The proposed road would allow access for up to 600 new homes being built by David Wilson Homes in Doseley, through Lightmoor Village. The Minister met residents who have recently purchased homes directly on the access road, known as the the Bache, and listened to what they had to say.

Bournville Village Trust who manage Lightmoor Village also oppose the use of the Bache by the 600 homes.

Resident James Ferguson said: "This will ruin Lightmoor Village. There will be no coming back from it. This is a quiet corner of Telford and it will become a racetrack through road."

Lucy Allan MP, who is the Chairman of Parliament's All Party Parliamentary Group on New Towns said: "People come to Telford to live their dream and build their future.They come to buy their first home, to live a quality of life that they are promised by developers, one where there are schools, play areas, quiet green spaces, access to doctors: Lightmoor is meant to embody that dream. It is incumbent on the Council and developers to ensure that future development in Lightmoor and across Telford is appropriate and the rights of the existing residents are respected. The Bache access road is a planning issue and it is for the Council and developers to find a solution. The Council must protect Lightmoor Village."

"Now the Secretary of State has seen this issue for himself and understands the impact this proposal will have, I hope the Council will work with David Wilson Homes so they think again and properly consider the needs of Lightmoor residents."

David Wilson Homes has now cancelled a public consultation event due to be held on 4th September saying: "we are evolving proposals which we believe will address residents' concerns."