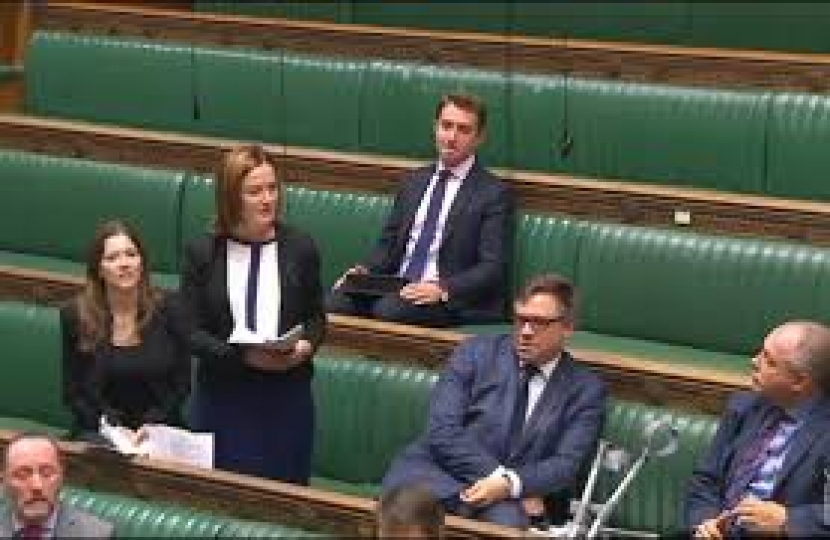 By claiming the WIthdrawal Agreement is a ‘good deal’ that honours the referendum and honours the promises made, we do not succeed in deceiving people, we simply erode their trust.

The Prime Minister has done her very best in the most difficult of circumstances. I have great admiration for her efforts to reach agreement with the EU against opposition on all fronts from those who cannot accept the Referendum result.

I have a much simpler job to do. I am a leave voting MP representing a strongly (67%) leave voting constituency. I have a duty to stand up for my constituents and to be their voice in this place, the more so because all too often their voices are ignored.

The Referendum was an opportunity for my constituents to speak and to be heard. They were offered a binary choice: leave or remain, in or out – there was no part in - part out. There was no mention of a deal. And they made their choice.

In 2017 I stood for election on what amounted to a single issue: "Theresa May will deliver Brexit" - every leaflet every election address, every posting on social media: “Vote for Theresa May’s candidate to ensure you get Brexit.”

The Withdrawal Agreement does not deliver what was promised and we should not pretend it does. As for the Political Declaration it would need trust in the EU for it to be of value and Mr Speaker we no longer have that trust.

The issue of trust is all the more important because before I was elected in 2015, Telford had always voted Labour. I spent two years before the 2015 election asking Telford to put aside their political allegiances and put their trust in me.

I have a duty to honour that trust.

It matters all the more because of the way in which leave voters have been depicted by those who would not accept the result. Insulted, vilified - branded racists, ignorant, inward looking, duped by 'brextremists' and 'wreckers.'

I know the people I represent. I admire and respect them for their warmth their humour, their hard work and determination to build a better life, for their hope and optimism so often enduring against the odds, the ability to know what’s what, to see through smears and propaganda, to see the good in others and in no small part for their willingness to put their trust in me.

This vote has become about so much more than the Withdrawal Agreement  -  it has become a vote about trust between Parliament and the People, a vote about our democracy, a vote about ensuring the voices of the people we represent are heard through the noise and condescending arrogance of those who believe they know better.

And yes in some very small part, it is a vote against the red wine drinking, the red carpet walking, chauffer driven, gold plated pension entitled bureaucrats who have a complete disconnect from the people.

I will be voting for my constituents for their right to be heard in this place, I will be voting out of respect for their trust in democracy and out of a deep respect and loyalty to them and it is a something I am proud to do.

We are seldom humble in this place Mr Speaker - I believe if we could show humility and show respect for the people who elect us we would be a better Parliament and would better serve those who send us to this place.

The is speech was not delivered as the debate was deferred to a future date.