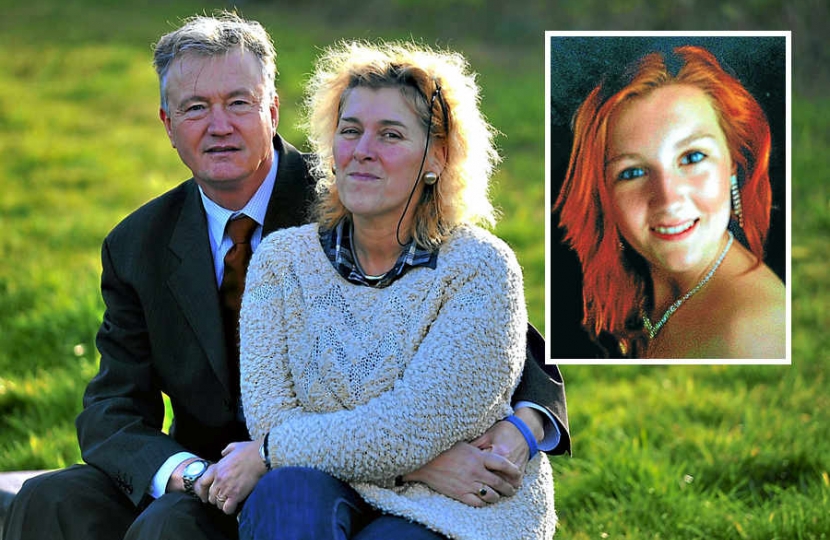 Following the news that the parole board has approved convicted child rapist and double murderer Colin Pitchfork for release, Lucy Allan MP has written to the Lord Chancellor to request that he appeal against the decision.

Pitchfork was given a life sentence in 1988 for the horrific double murder and rape of two schoolgirls in Leicestershire. The news that the parole board has now approved him for release has led to serious concerns being raised.

The case has echoes of the 2013 murder of 17 year old Georgia Williams from Telford, whose killer is serving a whole-life prison sentence. Lucy was contacted by Georgia’s parents, who were extremely concerned that killers such as Pitchfork can be approved for release.

Lucy is determined to ensure that crimes of this severity are appropriately punished by the justice system.

You can read Lucy’s letter to the Lord Chancellor below.

Steve and Lynnette Williams, parents of Georgia Williams, have issued a statement:

“We the parents of Georgia Williams, who was murdered at 17, by a cruel, selfish monster, wish to make a statement on behalf of victims of such crimes.

To hear that Colin Pitchfork, who took the lives of two children for his own pleasure, is to be released, is an insult to the two young victims.

The impact of losing a child is devastating to all parents, this is compounded when as parents, you know that the last minutes of your loved one is spent in terror.

These monsters who commit these atrocities, destroy more than one life, they destroy whole families.

Victims’ families are forgotten after a short while, but the terror and chaos it causes in our lives goes on and changes how we live forever. Life should mean life.”

Lucy Allan MP has encouraged Telford residents to apply as a volunteer for the 2022 Commonwealth Games in Birmingham.