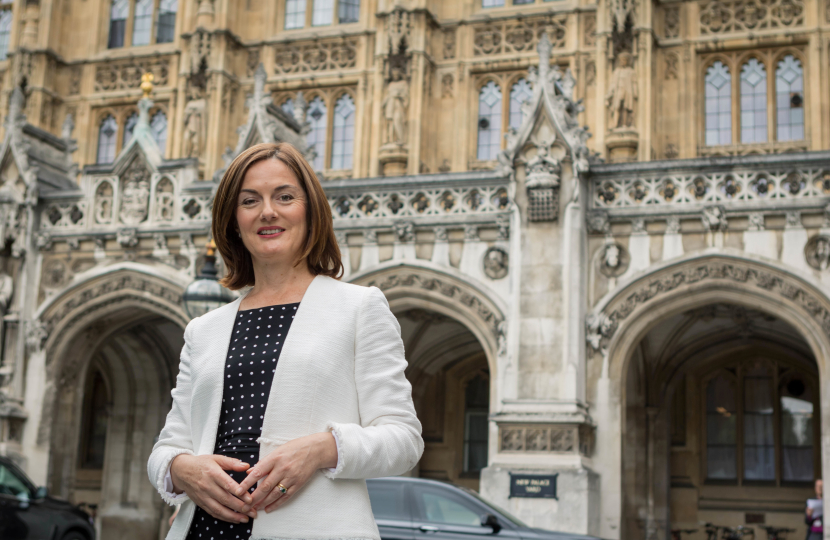 Prime Minister Truss has announced a bold energy price guarantee which will freeze average energy bills for households at £2,500 for the next two years. This guarantee will save the average household £1,000 a year.

Lucy has welcomed the Prime Minister’s ambitious plans to help people with the costs of their energy bills and to increase the UK’s energy security. The plans are the biggest public spend of any Government in peacetime and recognise the scale of the challenges people face.

The comprehensive package will support households in Telford by helping them to get through the winter, making sure that spiralling costs are halted and that people have the security to budget for the years ahead.

The government’s plans for energy will provide crucial support to businesses. By securing the wholesale price of energy, businesses will not be faced with ever-increasing energy bills. Further, the Prime Minister has guaranteed that businesses will receive the same support as households for the next six months. After this period, targeted financial support will be provided to industries that need it most.

For those living in park homes, using heating oil, or on heat networks, the Prime Minister has committed to setting up a fund to ensure that all UK consumers can benefit from equivalent support.

Lucy recognises that the country cannot tax its way to growth. An additional windfall tax will not solve the energy crisis, could deter investment in the economy, and may dramatically increase inflation. It is important to note that the previous Government already implemented a windfall tax, charging excess profits from energy companies at 65%. Instead, the Prime Minister’s plans focus on increasing the domestic supply of energy to ensure that the country is never again so exposed to changes in the international supply of oil and gas.

This comprehensive package recognises the need for bold long-term reform. The government will conduct a review to fix longstanding problems within our energy market, bringing the system in line with the challenges Britain faces today.

Lucy strongly supports government plans to maximise North Sea oil and gas production. The Prime Minister has also announced an end to the fracking ban, with plans for 100 new oil and gas drilling licenses in the North Sea. Further, the Prime Minister plans to rapidly scale up nuclear and renewables. These vital measures will guarantee UK energy independence and ensure that we are never subject to spiralling energy bills again. These plans will help the UK to become a net exporter by 2040.

I’m delighted that the Government have announced an ambitious plan to tackle the energy crisis. Liz Truss’ plans provide support to households and businesses across the UK, giving people in Telford certainly for the next two years.

I’m extremely grateful that the government have made plans to support those in Park Homes. This is an issue I have been lobbying for over the past few months, as it affects many people in our community.

Lucy Allan MP today visited Telford businesses to discuss their response to the Government's Growth Plan and listen to the challenges they face.