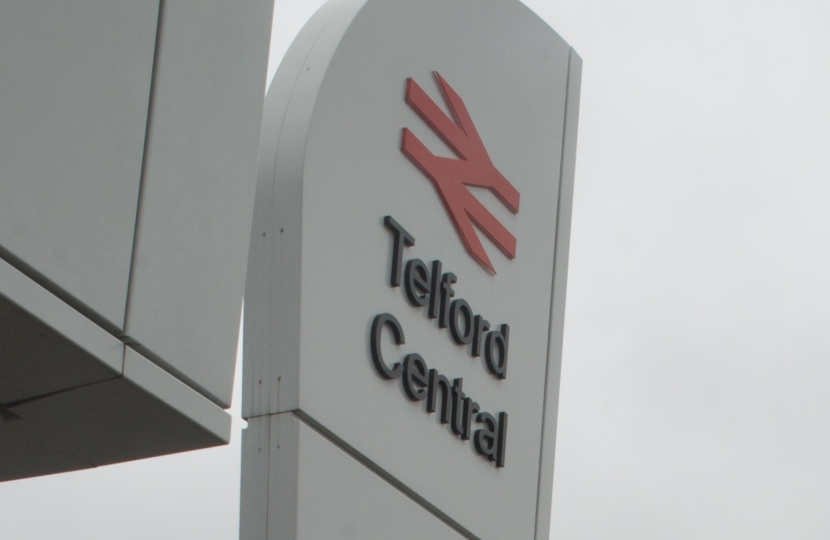 Telford MP, Lucy Allan is delighted that from December 2018 an extra train an hour will be serving Telford Central train station.

In the Department for Transport’s Invitation To Tender (ITT) for the West Midlands rail franchise a requirement to run an extra train an hour between Birmingham and Shrewsbury has been set out. Additional requirements within the ITT are for extra services on Sunday to bring the timetable up to the same standard as Saturdays as well as the introduction of wi-fi.

The current franchise operator, London Midland has been invited to submit a tender as has West Midlands Trains Limited a subsidiary of Dutch owned Abellio.

Commenting on the increased service, Lucy said: “An extra train for Telford is a welcome addition and something I have long campaigned for. Since being elected I have lobbied both the then Transport Secretary and Rail Minister in Parliament and met with train operators to improve rail frequency.

“Getting Telford better connected was a key campaign pledge of mine and I am pleased that this is now going to happen.

“Having three trains an hour into Birmingham will help alleviate some of the overcrowding on the network as well as improving Telford’s access to connecting services to elsewhere in the country. A better train service will be a boost for the local economy.

“Additional trains on a Sunday as well as the addition of wi-fi will bring a 21st century service to Telford.”