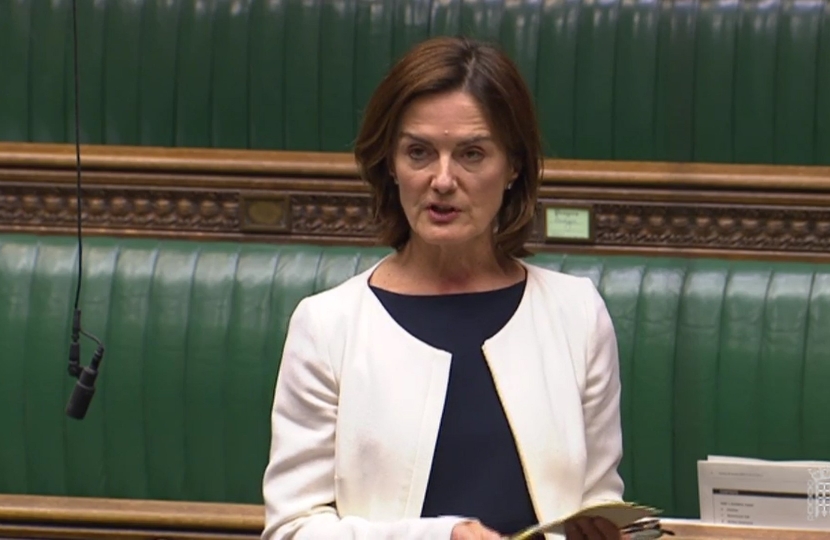 Today, Lucy Allan MP spoke in support of the government’s measure to increase sentencing for serious crimes. A key part of this legislation will end eligibility for automatic early release of prisoners from halfway through a custodial sentence. Chris Philp MP, the Justice Minister proposing the legislation, also made assurances that this would be the first step towards a more robust justice system that ensures that criminals serve more of their sentences in prison.

Given the automatic early release of one of the ringleaders of a Telford child sex grooming gang, Mubarek Ali, this is an issue that is of particular concern to local residents. Mr Ali was released in 2017, having served less than half of his custodial sentence. He was returned to prison in 2018 having breached his license conditions and will now remain in prison until 2032. Lucy has long campaigned to end automatic early release in cases of serious violence and sexual offences.

Lucy Allan said: “I am so grateful to ministers for prioritising this important issue so early in this Parliament. We need to show we are on the side of victims of serious crime to restore faith in our justice system, which this measure does. When I first raised this in 2017, I was told it would need a change in the law and I set about campaigning for this change. It’s fantastic to see this new government act so promptly.”

You can read more about Lucy’s work relating to automatic early release and the Mubarek Ali case by clicking on the following links: