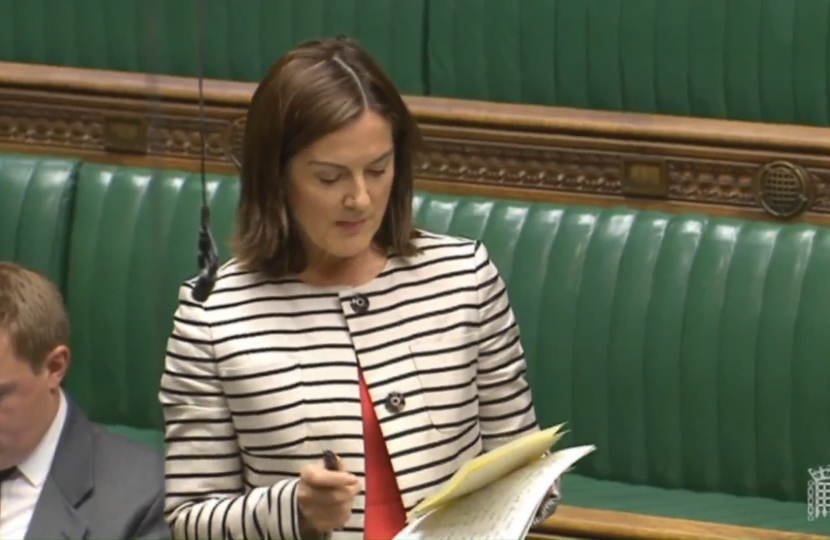 Telford MP, Lucy Allan has today spoken up for the Land Registry and staff based at Hall Park Way, in a Parliamentary debate.

In her speech Lucy detailed the value of the Telford based staff many of whom have decades of experience and expertise contributing to the successful business.

Criticising the way some have chosen to make ideology and party politics the focus of the debate, Lucy spoke about how some of the language used creates fear and anxiety for land registry employees.

Lucy also raised concerns about taxpayer value for money element in any possible future sale of the Land Registry. The Land Registry currently generates a profit of around £100 million a year with media reports suggesting a sale price of around £1 billion.

MPs from across the House of Commons spoke against the sale and with a narrow government majority the legislation needed to sell the Land Registry would face a challenge to be passed. At the end of the debate the Minister responding for the Government, George Freeman, said that the concerns raised by MPs had been heard loud and clear.

Speaking after the debate, Lucy Allan MP said: “After meeting with Telford Land Registry staff last week it was important that I raised their concerns in Parliament. I’ve pledged to be my constituents’ voice in Westminster and I will continue to do so.

“What is important for Land Registry staff is that rhetoric and hyperbole cease to be used. Creating fear and anxiety is in no-ones interest. What however it is in all of our interests is to see Land Registry and its staff retained in Telford. Not only are they vastly experienced, but they are an historic part of Telford’s business community.”

“I will continue to speak up for the Land Registry and its staff and I am determined to see these jobs stay in Telford.”