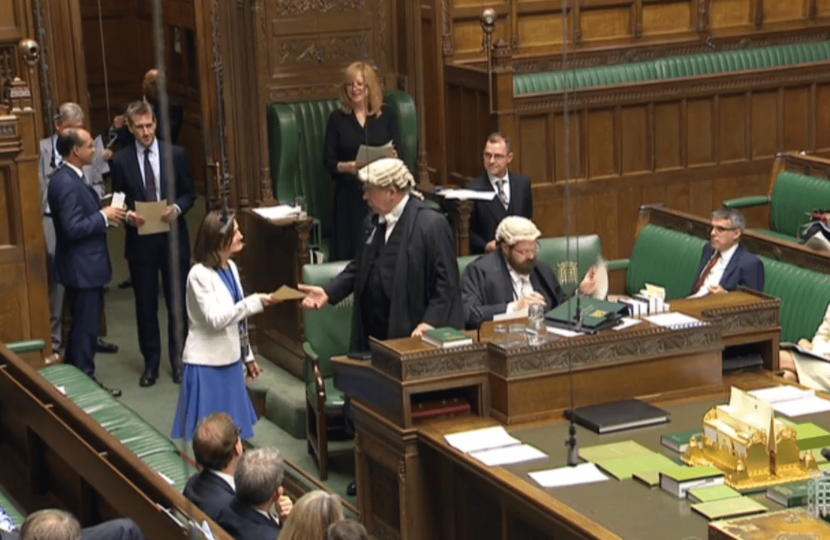 Telford MP, Lucy Allan has today presented a private members bill to the House of Commons.

Lucy was successful in being drawn in the private member’s bill ballot at the start of the 2016-17 Parliamentary session.

The bill’s short title is “Counter Terrorism and Security Act 2015 (Amendment) Bill.” and its long title is “A Bill to provide an exemption from the CTSA 2015 Section 26 Clause 2 duty on teachers, carers and other responsible persons to report potential signs of extremism amongst, or radicalisation of, children in primary or early years educational settings and for connected purposes.”

As a strong libertarian, Lucy feels the current Counter Terrorism and Security Act 2015 places an unnecessary burden on educational, caring and other responsible persons in carrying out their respective roles.

Speaking after presenting the bill Lucy Allan MP said: “I’m pleased to have presented this bill to Parliament. Whilst it will be a challenge to see it become law it does raise an important issue.

"People working with young children have been put in the hard position of having to judge whether a child's actions constitute potential radicalisation or extremism. Children's spellings or drawings are often influenced by a variety of sources and placing a duty on staff to report these is

"In 2013, staff at one nursery in Luton discussed referring a child who drawn a picture of his father chopping a cucumber after hearing the child mispronounce it as 'cooker bomb'".