Lucy meets with Telford's Member of the Youth Parliament 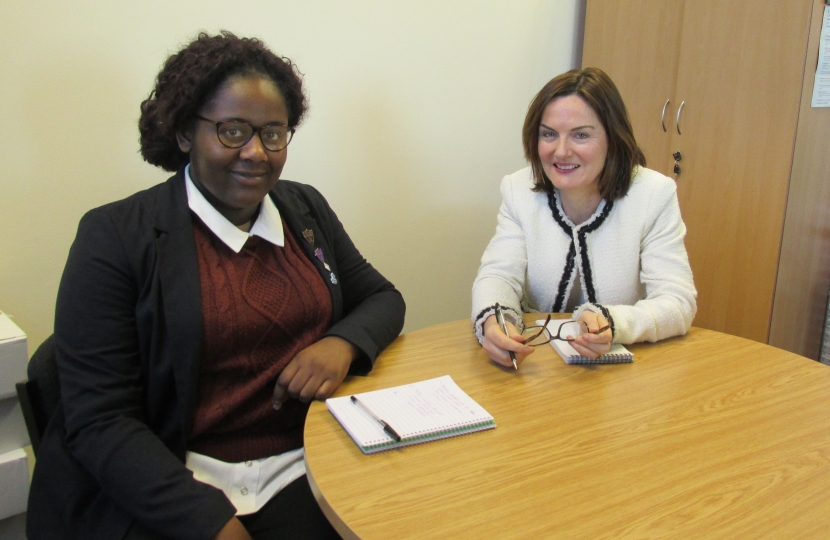 Telford MP, Lucy Allan has met with her Youth Parliament counterpart, Cheyenne Darko, a year 12 pupil at Madeley Academy, to discuss lowering the voting age to 16.

The UK Youth Parliament is made up 369 elected members with those aged between 11 – 18 able to take part in and stand for election. Youth Parliament Members work with their MPs, decision makers, councillors and local youth groups on the issues of greatest concern to their constituents.

The Youth Parliament has long campaigned for the voting age to be lowered to 16 and it is their official campaign for 2017. In a meeting at Lucy’s Telford office Cheyenne set out the arguments for lowering the voting age including such as that as people aged 16 can work full time, join the military as well as pay tax.

Speaking after the meeting, Lucy said: “I was pleased to meet with Cheyenne to hear about the Youth Parliaments campaign to lower the voting age.

“The arguments put forward all have merit and I am sure that this is an issue that will again be debated in the House of Commons in the future.

“It is really encouraging to see young people taking an interest in our democracy and standing up to talk about the issues they care about. In Cheyenne, Telford and Wrekin, have an excellent representative.”