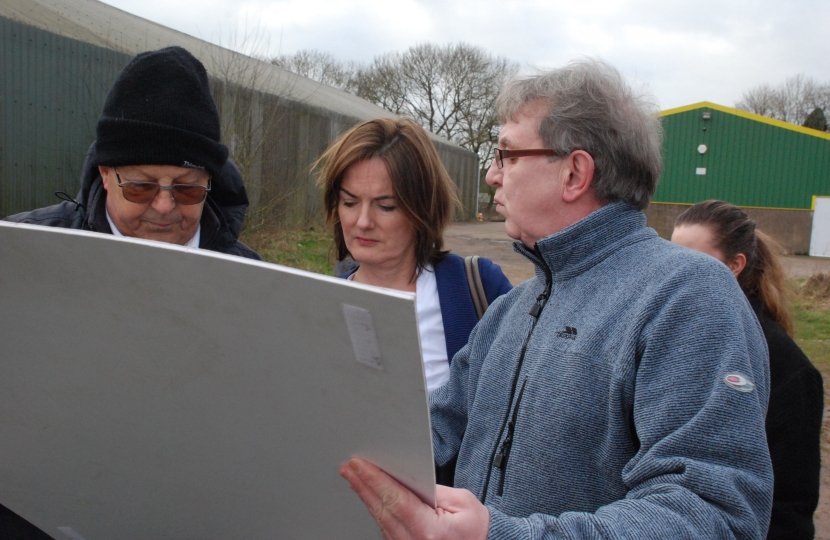 Lucy Allan, Telford’s Parliamentary Candidate, met with residents who are calling for plans for new housing development in Telford to be reconsidered.

1,100 new homes are planned to the East of Priorslee in Telford. Taken together with other new developments nearby, Priorslee is set to double in size if the latest application by Miller Homes is approved.

Lucy Allan said: “Residents are concerned about the scale of this proposal and the lack of infrastructure to support the needs of the new residents. Many people have told me over the last two years that the council just does not listen.

“People say that new planning applications are pushed through come what may, whatever the objections and that residents have no voice.

“New homes are part of Telford's future and we have some fantastic developments with high quality value for money housing. But all new development needs to be capable of accommodating the needs of existing and future residents and to be planned with genuine respect for the quality of life in Telford as a whole.

“I do question why development is taking place on such a vast scale on greenfield sites when there is brownfield available. I am unconvinced that real thought has been given to the impact of this proposal on the area:  from drainage to school places a development of this size has many unforeseen consequences. We need a long term vision for the future of Telford - residents feel this vision is just not there.

“We have a vibrant urban/rural mix in Telford which is part of the town's identity. We must be careful that we do not lose that unique identity to uncontrolled urban sprawl.”

Cllrs Ian and Veronica Fletcher, for Priorslee, attended the meeting and were keen to let local residents know that they are always keen to hear what they have to say.

Paul Thomas, a local resident who is leading the campaign against the proposals, said: “No-one wants to halt the developments that will bring in employment and financial benefits to the area where they live but these benefits have to be weighed against the common good.

“The amount of traffic using castle farm way will greatly increase and bring with it safety issues especially when the new Trinity Faith Academy opens and uses Priorslee Avenue and Teece Drive as its main access route. What price can be put on safety? Certainly not the amount of money that Miller homes will contribute to community funds.”