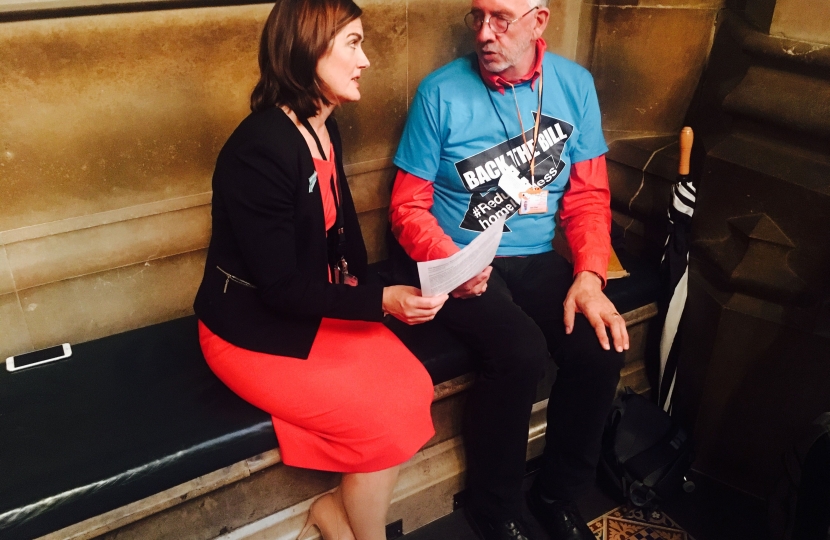 During the meeting held on Wednesday 19th October Lucy discussed the contents on the Bill which seeks to reform current laws and update them. Since 1977 Local Authorities have had a legal duty to provide accommodation to vulnerable people, but that offers minimal support to those not considered to be a priority.

Lucy is keen to support the Bill having met earlier in the year with Stay Chief Executive, John Green to learn about how the charity supports young people who aren’t legally considered a priority but who have a housing need and are often unable to claim benefits to support themselves in their own accommodation.

Speaking afterwards, Lucy Allan MP said: “I’m looking forward to giving my backing to this important Bill. Current council provision varies across the country and people end up slipping through the net with minimal support.

Most people don’t realise that there is no requirement for councils to provide emergency accommodation to homeless people. We need to change the law so that there is support for everyone that is consistent across the nation.

“I was pleased to meet with Alan and listen to the reasons Maninplace support this Bill. With 16 properties, Maninplace make a real difference to ‘non-priority’ homeless and this Bill could help support the people that come through their door every day.”