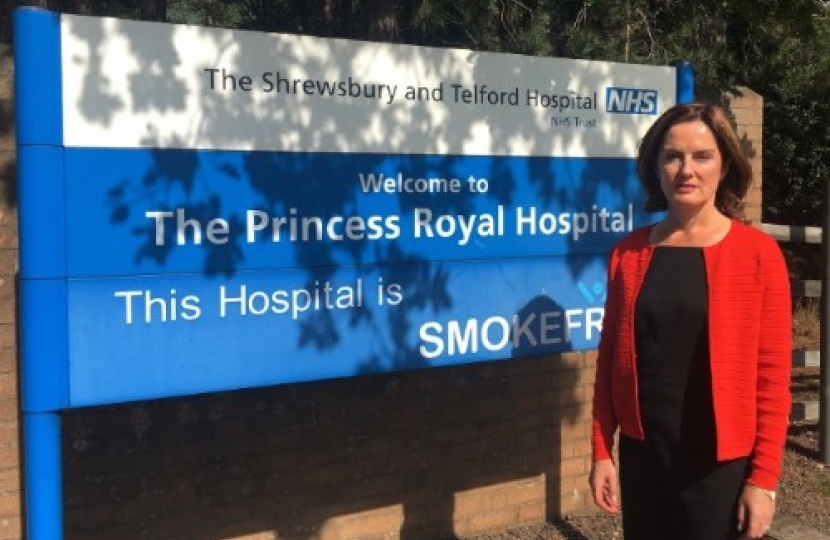 Today, Lucy Allan MP met with Paula Clark, Chief Executive of Shrewsbury and Telford Hospital Trust (SaTH) and its Chairman, Ben Reid, together with fellow Shropshire MPs. Lucy raised concerns about the issue of maternity deaths on the Trust’s watch and concerns about the Future Fit proposals.

The Chief Executive advised she will be meeting with Donna Ockenden, the health professional heading the Inquiry into maternity deaths at the Trust and Minister, Nadine Dorries, shortly.

The MPs were advised that SaTH was not given the interim findings of the Ockenden review until it was leaked to the press in November 2019. Lucy intends to raise this with the Minister directly as there exists a delay of nine months when SaTH’s current management was not informed of how serious the issue was now known to be, nor the number of families coming forward.

Lucy Allan MP said: “I am concerned about a culture of denial which appears to be a systemic issue across the NHS, given the recent revelations of maternity malpractice at the East Kent Hospitals Trust and the scandals at Morecambe Bay and Mid Staffordshire. I am however encouraged by my meeting with Ms Clark, whose empathy and understanding instils confidence. She has assured me that she will be proactive in addressing this issue openly and transparently and I am grateful to her for her approach.”

Lucy will be meeting some of the affected families and discussing how parents can be supported with support groups and a helpline and she will ensure that the Minister is kept fully briefed.

Lucy also took the opportunity to raise the Future Fit proposals and pressed the Trust to reconsider their preferred option. Lucy is opposed to the current Future Fit proposal to locate all emergency care at Royal Shrewsbury as she believes it fails to meet the needs of Telford residents and reduces local services for Telford. This option is reported to be significantly over budget making it potentially non-viable on a value for money basis.

Lucy noted that the standalone critical care option with a brand new hospital closer to Telford was previously seen as too expensive. However, with a new Government and a strong commitment to the NHS, this could prove to be a viable practical compromise which brings the County together and with a quicker build time, deliver better patient care far sooner than the current RSH plan. Both Shropshire Council and Telford & Wrekin Council support this brand new hospital model. These points were explored and hospital management were asked to reconsider their plans given the change in circumstances.