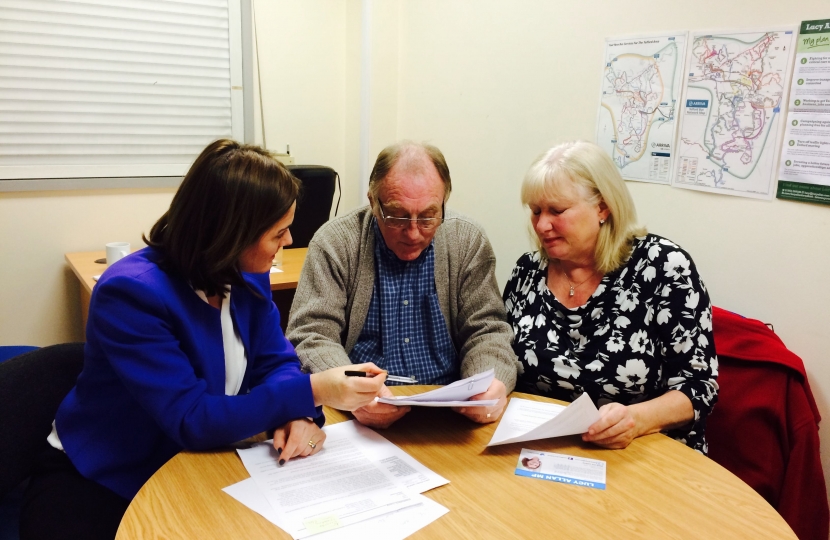 Telford MP, Lucy Allan, is backing local lorry driver Jim Rushton in his efforts to prevent a possible £10,000 fine after 5 illegal immigrants were discovered hidden away on his Lorry in Calais on 12 January.

As he always does Mr Rushton made a number of checks to ensure that nobody had smuggled or concealed themselves aboard his vehicle before then passing through a heartbeat monitor which failed to detect any other persons on board his vehicle.

Mr Rushton, a lorry driver of 42 years, says the situation in Calais and the surrounding area is only getting worse with lorry drivers facing abuse, intimidation and in some cases physical violence as they aim to keep goods flowing in and out of the UK.

Commenting, Mr Rushton said: The situation at Calais is becoming a complete mess and I have colleagues in the industry who have either faced violence or fear it, and will now no longer travel to the continent. It is impossible for us to simultaneously check every possible hiding place.”

Backing Mr Rushton’s efforts, Lucy Allan MP, said: “The situation facing Mr Rushton and other drivers needs looking at. Those visiting the continent should be able to do so peacefully. The UK government needs to be protecting our lorry drivers, not prosecuting them.

“Having met with Mr Rushton is soon became obvious that lorry drivers can only do so much to prevent determined individuals from hiding away in their vehicles. When Mr Rushton has done a full check, including passing through a heartbeat monitor, it is clear that he has done what all of us would consider is reasonable.

“I am fully supportive of Mr Rushton in opposing a fine and will be writing to the Home Secretary to bring this issue to her attention.”

Above photograph shows Lucy meeting with Mr and Mrs Rushton to discuss his case.