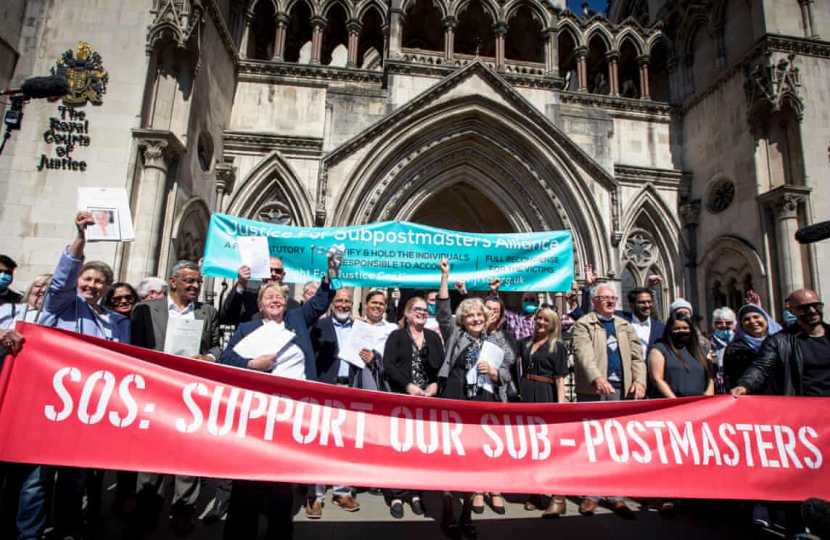 Lucy Allan has been campaigning on the Post Office miscarriage of justice, ever since she was first contacted by her constituent Tracy Felstead, a victim of the Horizon scandal, wrongly imprisoned on false accusations.

Lucy's campaign work has involved meetings with ministers, meetings with the Post Office, discussions with the Criminal Cases Review Commission (CCRC) to help get convictions overturned at the Court of Appeal, working with other MPs and Lords on a cross-party basis, the BEIS Select Committee and of course continually raising the issue in Parliament.

Now there is a public inquiry Lucy wants to see those responsible giving evidence and being held to account.

This must include those in Whitehall, Fujitsu (who supplied the defective Horizon software) and Post Office Management - both current and former. Lucy believes there are questions to be asked of the justice system and the lawyers involved in the epic David and Goliath battle, when the sub postmasters took on the Post Office in the Group Litigation. Taxpayers' money was used to fund the Post Office legal action to shut down the victims and protect wrongdoers through a war of attrition designed to stop the truth emerging.

"I have never felt such rage on behalf of the wronged victims who had lost so much as when I sat listening to ministers in Parliament parroting the lines the Civil Servants gave them, still in denial despite the hard won comprehensive judgment of Justice Fraser in 2019. Justice Fraser outlined the 'institutional obstinacy' of an organisation in denial which 'insisted the world was flat. We go to Parliament to seek redress of grievance for our constituents. This was the greatest miscarriage of justice there has been in recent history. MPs, cross-party, representing their constituents who were victims, were stonewalled and fobbed off with platitudes by a succession of junior ministers with no knowledge of the issue parroting Whitehall mandarins."

You can see Lucy's record on this issue below: