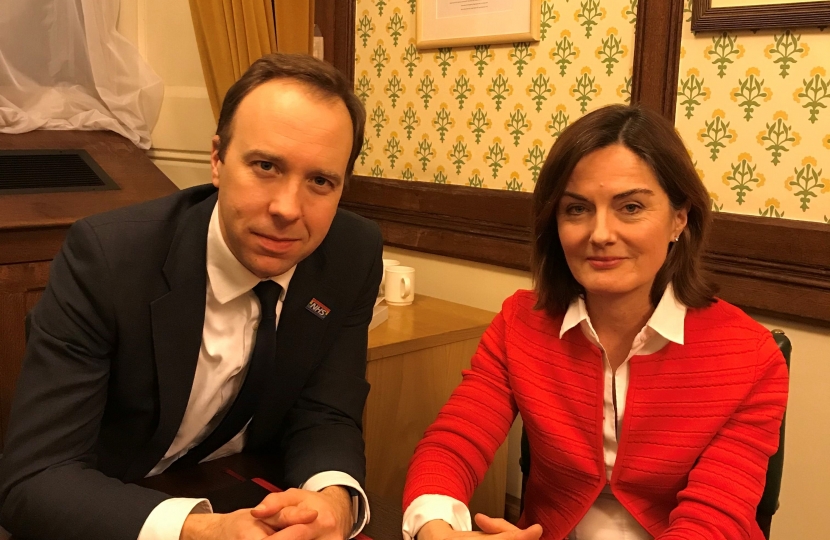 This week in Parliament, local MP Lucy Allan will lead a Westminster Hall debate in Parliament on Wednesday to highlight the legal duties placed on the Secretary of State for Health and Social Care and local Clinical Commissioning Groups (CCGs) to reduce health inequalities.

The Health and Social Care Act 2012 introduced these legal duties and a requirement to move towards greater investment where levels of deprivation are higher.

During the debate Ms Allan will highlight how this requirement has not been addressed under the proposals put forward for the hospital reconfiguration in Telford and Shropshire, known as Future Fit. Under Future Fit, the local hospital trust has announced that it intends to move Telford’s Women and Children’s Care and Emergency Care and relocate these services 19 miles away, in Shrewsbury in Shropshire.

Ms Allan will argue that Telford has areas that are amongst the most deprived in the country and significantly worse health outcomes than Shropshire, which has better health outcomes than the national average and better outcomes than the borough Telford & Wrekin. The Telford MP will also mention that across the country from Lewisham to Huddersfield, the NHS is carrying out equally controversial restructuring of hospital care as health inequalities cannot be ignored.

Speaking ahead of the debate Ms Allan said:

“When it comes to Health outcomes, Telford and Shropshire are two ends of the spectrum. If you live in Telford, the premature mortality rate is 25% higher than if you live in Shropshire.

“Poor health is of course not just about healthcare, but if the NHS is overlooking its statutory, constitutional and moral duty to properly consider health inequalities when making major spending decisions, then the Secretary of State has a duty to intervene.

“My debate on Wednesday will ask the Secretary of State to remind hospital trusts generally, and the Shrewsbury and Telford Hospital Trust specifically, to give due regard to their duty to demonstrate how their spending decisions narrow health inequalities. NHS funding must always focus on the greatest need. Where this is not happening, we cannot ignore it.”