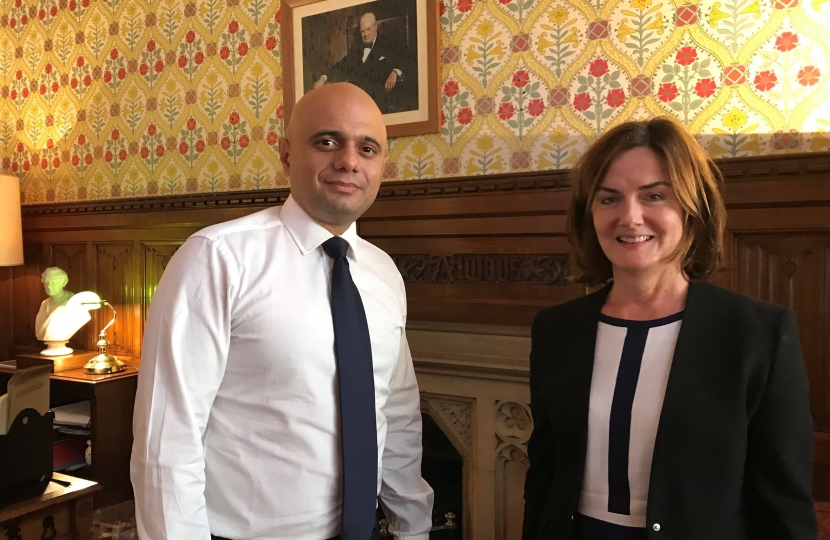 Today in Parliament local MP, Lucy Allan welcomed the Spending Review announcements delivered in the Commons by the Chancellor of the Exchequer, Sajid Javid MP.

The Spending Review sets out the plans for Government departments spending that the Government decides it can afford.

Announced in the Spending Review was funding for schools with an additional £2.6 billion next year and an extra £750 million to recruit 20,000 new police officers as well as £30 million to tackle child sexual exploitation. The Chancellor also referred to Lucy’s work in lobbying for extra funding to tackle crime.

Other announcements included £1 billion on social care and £6.3 billion to prepare to leave the EU on 31 October.

“The Spending Review which focuses on people’s priorities as well as increasing funding in other key areas. This is great news – it is the fastest increase in spending for 15 years.

“My constituents will benefit from better public services. Telford will now see more spending on the NHS, funding for our schools and more police on the streets to keep us safe.”