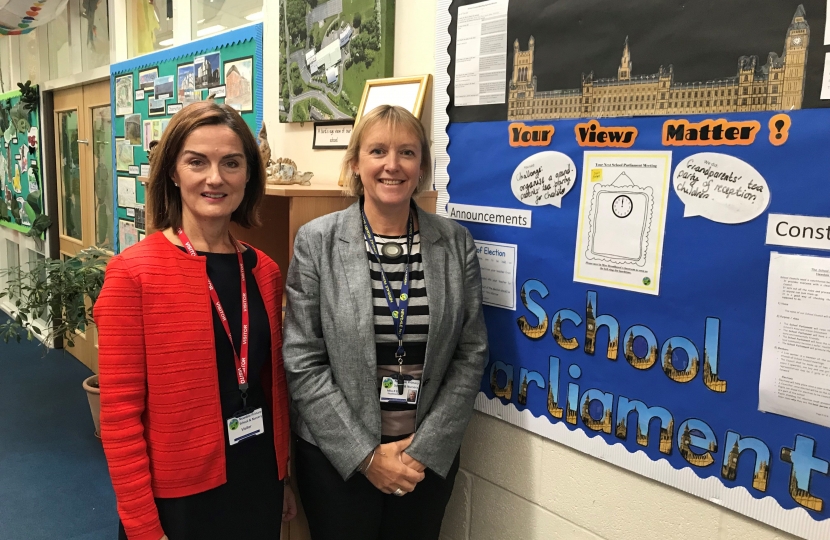 Today, local MP, Lucy Allan visited Newdale Primary School in Telford to give a talk about voting and elections.

This visit comes ahead of Newdale Primary beginning their own election campaigns for their own School Parliament. Each year pupils vote for two children in their class that they think would be best to represent their views and promote ideas. The interested candidates submit a manifesto and deliver a speech, followed by an anonymous vote. The elected members then serve a full year whereby they can make positive changes to Newdale Primary.

Recently, the Prime Minister announced that the Government are boosting schools with a record £14 billion, levelling up per pupil funding across the country so every child in Telford has a world class education.

Primary schools in Telford will see an increase of £3,750 per pupil as a minimum starting from next year.

“I was delighted to visit Newdale Primary today to talk to the pupils about voting and the election process. It is important that young people are aware and understand the democratic process and the power of voting to influence their future. The school is doing a fantastic job of building this important subject into their curriculum. The pupils were very well informed, and it was a pleasure to talk to them.

“I am also pleased that the Education Secretary, Gavin Williamson recently announced extra funding for schools up and down the country. Newdale Primary will benefit from this announcement by £3,750 per pupil minimum beginning next year which is great news and will make a vital difference.

“I wish all School Parliament candidates good luck in the elections next week.”