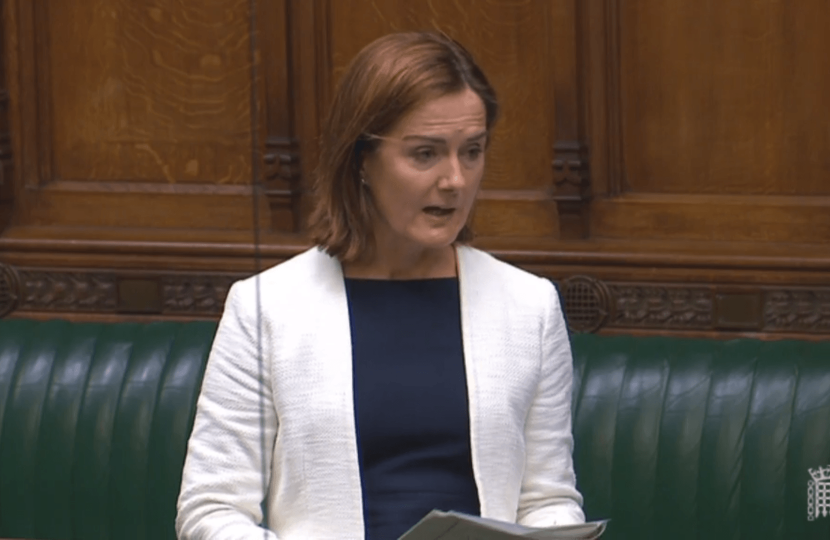 Ms Allan was seeking an answer from the Attorney General’s office around the steps the Crown Prosecution Service (CPS) are taking to improve the rate of prosecution of people responsible for child sexual exploitation (CSE).

In the specific case that the MP raised, multiple perpetrators were arrested for grooming a 13 year old girl for sex but were not charged by the Crown Prosecution Service as the CPS considered the girl to have consented and that the perpetrators reasonably believed from the victim’s actions that she consented and was over 16 years old.

Under current law, perpetrators can avoid charges and prosecution for CSE offences using the defence that perpetrators would, from a victim’s actions, have reasonably believed the victim consented and that they believed the child to be over 16.

Ms Allan is due to meet with the Home Secretary, Sajid Javid next month to discuss this case further and the wider issue of CSE and consent.

“I commend my honourable friend for her commitment to this vital issue, not just for her constituents but for the country at large. It is an extremely complex and sensitive case. The CPS are taking the time to investigate it fully and then the Home Office will respond.”

“I look forward to meeting with the Home Secretary next month to discuss this horrific case of CSE in Telford and the wider issue of consent in CSE cases.

“It is important that the authorities fully understand the issue of grooming and coercion in CSE cases. The whole purpose of grooming is to ensure the victim does what the perpetrator wants. This does not imply that a victim is a willing participant.  Juries increasingly understand these cases and these crimes must be investigated and charges brought.”