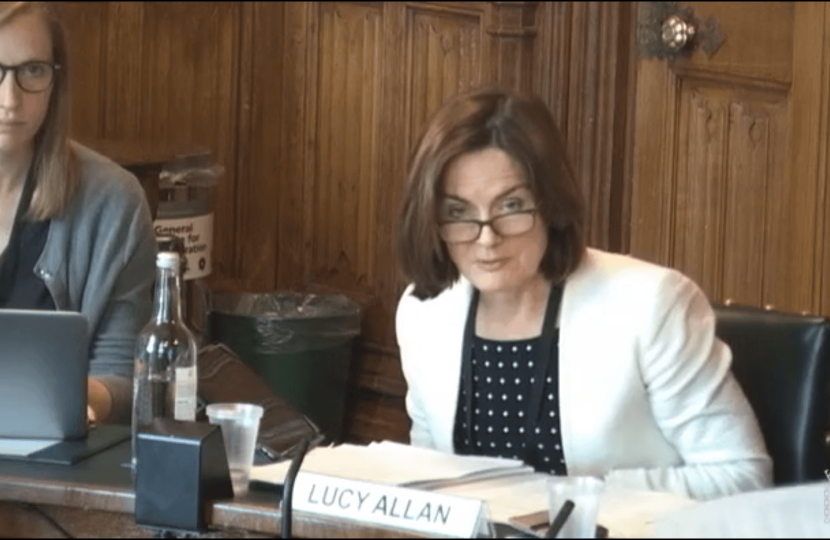 The MP asked about Vice-Chancellor’s pay and the justification for bonuses.

Lucy Allan also questioned the Minister on the expansion and encouragement of Degree Apprenticeships, an area that has seen considerable success in recent years which offers a hybrid university experience that sees its graduates come out with little to no debt and a clear career path.

“I was encouraged to hear that the Minister take seriously the issues around Vice-Chancellor pay. I was pleased that he confirmed that he wanted to see justification for the total remuneration package for the most senior staff at universities and his department will be looking into this.

“I was also delighted to hear that the Minister is a supporter of degree apprenticeships and I look forward to the developments to come.

“New degree programmes such as Degree Apprenticeships are a much needed evolution in our education system. I hope the increase in such programmes encourages many young people in Telford to go to university in order to develop and improve their skills and know that a job is waiting for them at the end of their programme.”

You can see more press coverage of this by going to the links below.

Universities minister vows to crack down on vice-chancellor pay

Vice-Chancellors should not be allowed to sit on remuneration committees, universities minister says