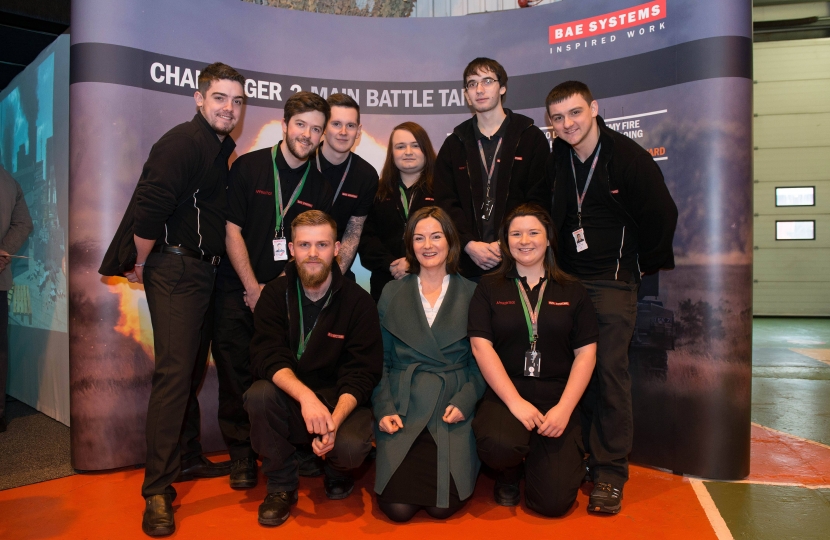 Lucy Allan has welcomed new figures showing 1,357 fewer people in Telford are now claiming Jobseeker’s Allowance since 2010 – a 50 per cent drop. This means more people bringing home a regular pay packet – with the self-respect and sense of security that a good job brings.

People are getting off benefits and into work across the West Midlands, with 114%  more people in work since the last election.

In total a record 30.8 million people are now in work, up by 1.75 million since the last election.

The new figures also show regular pay rising by 1.8 per cent on the year, and private sector pay up 2.2 per cent – well ahead of inflation.

The new Southwater development has helped boost employment in the town.

‘It’s great news that 1,357 fewer people in Telford are relying on Jobseeker’s Allowance, and wages are now increasing. This is a clear sign that the Conservatives’ long term economic plan is working, delivering a more financially secure future for families.

‘This is happening because we’ve been taking action to fix the economy - backing businesses to create more jobs with better infrastructure and lower jobs taxes to create more jobs, and fixing the welfare system so that work always pays. We can see this working locally with new jobs at the new development in Southwater.

‘Next May voters in Telford will face a choice: between the competence of sticking with the Conservatives’ plan which is delivering a more secure future for families - where more people have the self-respect and peace of mind that comes with a regular pay packet - or putting that all at risk with the economic chaos a vote for one of the other parties would bring.’