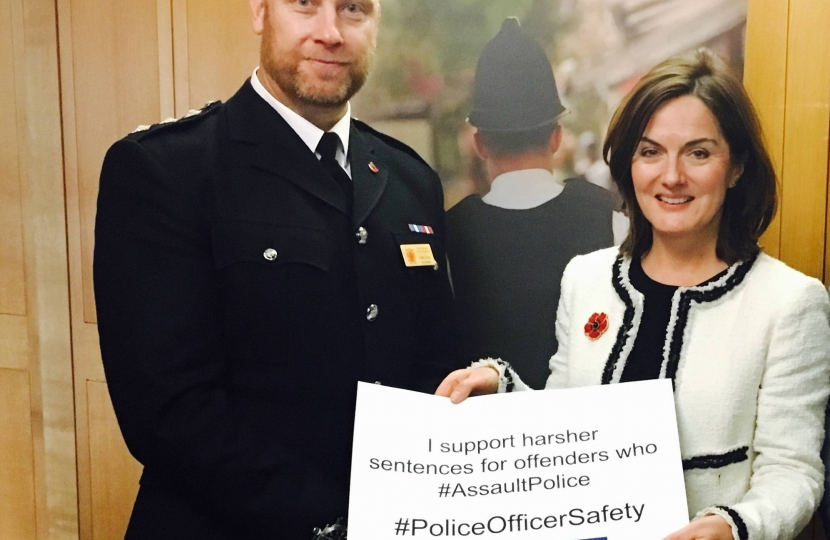 Telford MP, Lucy Allan has welcomed the news that West Mercia’s Police and Crime Commissioner, John Campion wants body worn cameras to be brought in “as soon as possible”.

With officers not knowing what each shift holds from them, Lucy is keen to see that officers are properly equipped to increase their safety as they work to keep the pubic safe. No officer should face being assaulted in carrying out their duty.

With John Campion having pledged nearly £30 million of investment over the next four years in his efforts to deliver a “safer West Mercia”, Lucy hopes that funding can be secured to pay for body cams.

Lucy has previously raised the wearing of bodycams by police at Parliament for the Minister for Policing after the tragic death of Dalian Atkinson in August this year.

A recent University of Cambridge study found that complaints against police dropped 93% when officers were wearing a visible body worn camera. Mr Campion has also visited the Metropolitan Police Service to see first-hand the benefits that the cameras bring.

Speaking after the PCC’s announcement, Lucy Allan MP said: “I am pleased that the PCC has made this commitment to introducing body cams as soon as possible and has identified funding that can pay for this.

“I think that spending the money in this area would represent a sound investment into the local police force and one that will be welcomed by front line officers.

“Police body cams are win-win for all involved by helping to keep both police and public safe. Their use introduces an extra layer of accountability to police whilst also encouraging the public to avoid trouble as their actions are recorded.”