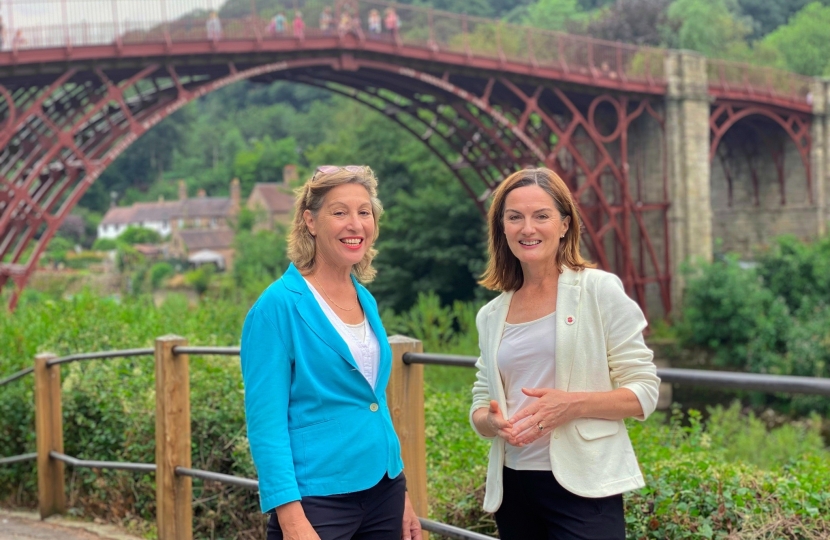 I would advise all constituents who have an interest in this to read the detail of the bill carefully rather than relying on Twitter – it should be obvious that no MP from any party would vote for raw sewage to be dumped into our rivers, let alone MPs who have beautiful rivers in their constituencies as I do. It should require some evidence to make a claim like this, although this is rarely produced in practice by politically motivated actors.

I am keen to take this opportunity to clarify the provisions of the bill. Much of the incorrect reporting around the bill stems from a statement made by the Environment Agency at the start of September, as a shortage of HGV drivers created a bottleneck for some utility companies. On Monday, 6th September, the Environment Agency issued a Regulatory Position Statement (RPS) covering the use of one of the chemicals – ferric sulphate – which is used by water and sewerage companies to treat wastewater.

The purpose of the RPS is to minimise the impact on the environment should unavoidable delays in the delivery of ferric sulphate in the coming weeks due to a shortage of HGV drivers. It is welcome that the Government continues to work closely with water companies and regulators on this issue and now that the short-lived HGV licencing bottleneck has eased, there should be no further issues with supply.

The reasons for HGV driver shortages are varied, but include the impact on the DVLA licensing system caused by the pandemic, a large number of retirements across the industry at the start of the pandemic, and a failure by some hauliers to pay wages sufficient to attract and retain HGV drivers.

Ferric sulphate is used in the final stage of sewage treatment in certain areas to reduce levels of phosphorus. Primary and secondary treatment of wastewater will not be affected; this is not a case of untreated sewage being discharged.

This time-limited RPS requires water companies to prioritise discharges to protect the most sensitive and high-risk locations, using a risk assessment process designed by the Environment Agency. Strict conditions apply to this position statement.

Treatment may only be temporarily ceased after the Environment Agency has agreed in writing that companies have met the criteria and can demonstrate a low environmental impact.  This means that the most sensitive and high-risk watercourses will not be affected.

No companies have requested to use the RPS yet and the Environment Agency must scrutinise the requests of those that may do so. The Government is also continuing to work closely with water companies on this issue, with simple steps such as extending delivery hours outside of standard operating times already raising the level of supply. These are exactly the foreseeable issues the Environment Bill is designed to address as we look ahead to increased environmental protections following the repatriation of major environmental legislation to UK lawmakers.

The bill itself actually creates a strengthened, independent new body, the Office of Environmental Protection, to enforce laws on water and sewage. The bill will also set legally-binding, long-term targets on water quality, resource efficiency and waste reduction. The Office of Environmental Protection will have the power to enforce and strengthen environmental protections and can advise Ministers where they can go further to protect our natural environment.

The Environment Bill further helps crack down on pollution in our rivers, waterways and coastlines, to better tackle the harm caused primarily by sewage overflows. These overflows were designed to be used during extreme weather to prevent sewers becoming overloaded with a combination of sewage and rainwater, releasing diluted wastewater into rivers rather than letting it back up into people’s homes. However, climate change has led to increased rainfall and water infrastructure has not kept pace with development growth over decades.

These new measures will tackle storm overflows including through a new requirement for water companies to monitor the water quality impacts of their sewage discharges and publish this information, with the Secretary of State being able to make regulations regarding the publication of this information. This monitoring will drive action by water companies to reduce sewage discharges that do the most harm, to better protect the environment and public health. Water companies will also be required to publish near real-time information on when their storm overflows operate.

Furthermore, the amendments will introduce a duty requiring the Government to produce a plan for the reduction of both storm overflows and their harm as well as a duty to publish a report considering the costs and benefits of eliminating overflows entirely which will inform decision-making in this area. Both of these actions are required before 1st September 2022. Separately, ministers will undertake a review of legislation which would require Sustainable Drainage Systems to be constructed to ministerial standards on new developments, reducing the pressure on the sewage system. This type of “blue-green” infrastructure can deliver a number of benefits - it can prevent water entering foul sewers, reduce surface flooding, improve biodiversity and improve associated carbon emissions.

Between 2020 and 2025, water companies will invest £3.1 billion in storm overflow improvements to reduce sewage discharges to our waters. This includes £1.2bn of investment throughout England. £144m of this is new, additional investment as a result of a call to action from the Storm Overflows Taskforce.

All discharges by a water company require a permit issued by the Environment Agency. These permits include necessary conditions which ensure discharges only occur under strict permitted conditions.

Where discharges occur outside of these conditions, the Environment Agency investigates and takes appropriate action, which includes enforcement action if necessary. This action has resulted in more than 48 prosecutions against water companies in the last six years. Most recently, Southern Water was fined a record £90m, the largest ever imposed on a water company, after pleading guilty to thousands of illegal discharges of sewage into rivers and coastal waters. I believe this fine is absolutely appropriate and will rightly be paid solely from the company’s operating profits, rather than customer bills.

Today, the Health and Social Care Committee took evidence from victims of clinical negligence. One tragic case related to the avoidable brain injury and subsequent death in a maternity negligence case in a case similar to many of those reported at Shrewsbury and Telford Hospital Trust.