Lucy Allan MP: The findings of the Ockenden Review must be acted on now 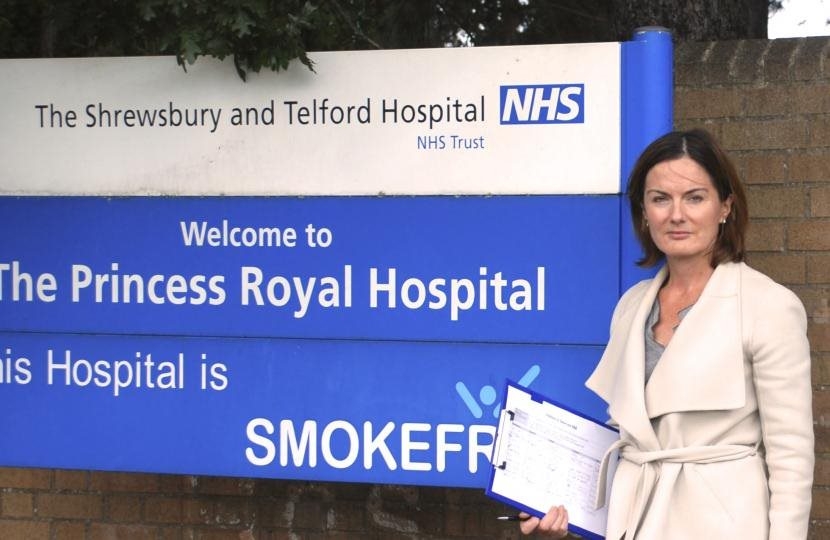 The Ockenden Review was set up by former Health Secretary, Jeremy Hunt MP, to examine 23 cases of maternity malpractice at the Trust, which led to death and serious injury. The Review is now considering 1,862 cases of unsafe maternity care.

"I would like to express my deepest sympathies to all those women who were failed by the Shrewsbury and Telford Hospital Trust - women whose concerns were dismissed for so long and whose voices were not heard. The findings of the Review are deeply harrowing. The scale of the malpractice is horrifying, but so too was the response by the Trust: the lack of empathy with women and lack of humility, until recently, for the devastating shortcomings, was unimaginable.

There was a clear imbalance of power between male consultants and female patients when they were at their most vulnerable. Too often, as in the Morecambe Bay baby deaths scandal, women were told their case was a one off, or that there will always be risks to childbirth that cannot be mitigated.

Failings and poor care at SaTH were normalised and trivialised. The refusal to address the concerns women raised perpetuated the culture of poor care and allowed it to continue unchecked.

I am glad there is now a criminal investigation into what happened. However, what is of fundamental importance is to ensure urgent action is taken on the recommendations in today’s report so that the systemic malpractice and the normalisation of it are now firmly in the past and families can begin to see real change in the quality of maternity care."

The full review is available on Donna Ockenden's website here.