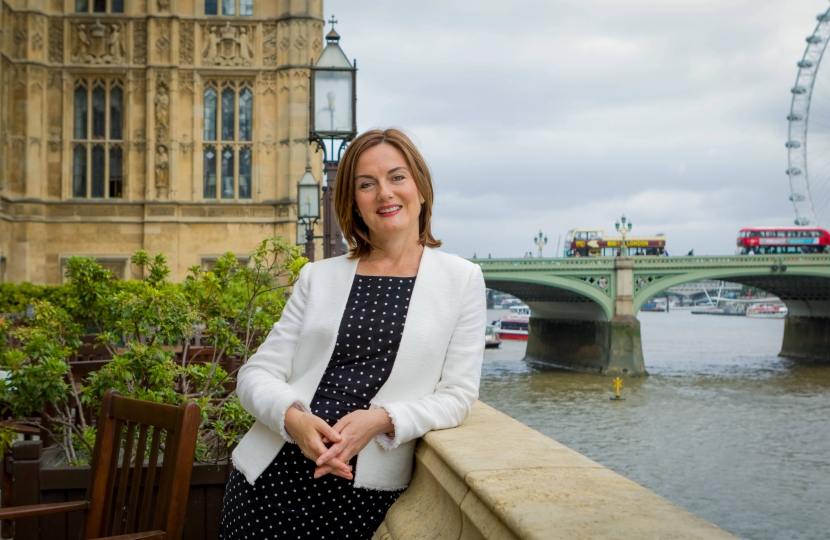 Telford’s MP last night hosted at a reception in Parliament to celebrate the first anniversary of the All-Party Parliamentary Group (APPG) on New Towns.

Lucy Allan set up the cross-party group a year ago in collaboration with the Town & Country Planning Association and MPs who represent New Towns in Parliament. The APPG was created to celebrate the contribution made by the UK’s New Towns and to explore the opportunities and challenges they face today.

Attending the event were over 100 industry professionals including, local authority representatives from New Towns, town planners and policy professionals.

During the event Lucy Allan spoke of the importance of the group in Parliament in giving New Towns a voice and putting them on the policy agenda of Ministers. The MP also referenced the APPG Manifesto which the APPG launched ahead of the 2018 Autumn Budget and contained three asks of the Chancellor.

1. New Towns should be included in a Ministry of Housing, Communities & Local Government (MHCLG) Minister’s list of key responsibilities to help unlock their potential and give New Towns the national attention and focus they need and deserve.

2. Government should publish a New Towns prospectus setting out how they can support existing new towns to regenerate and grow through providing tailored Government support to local areas with ambitious and innovative proposals.

3. Government should review the tools and powers local authorities need to transform the town centres of New Towns to unlock their potential for growth and renewal including the regeneration of shopping areas.

“The New Towns are some of the fastest-growing and most successful communities in the UK and have enormous potential for future growth, but they are also facing significant regeneration challenges and are home to some of the most deprived communities.

“There is a huge opportunity to turn the challenges faced by the UK’s New Towns into opportunities, which is why the APPG on New Towns launched a manifesto. I am pleased the Government have taken this idea on board and launched the Stronger Towns Fund which will allow towns and New Towns across the country to bid for funding to unlock growth potential.”