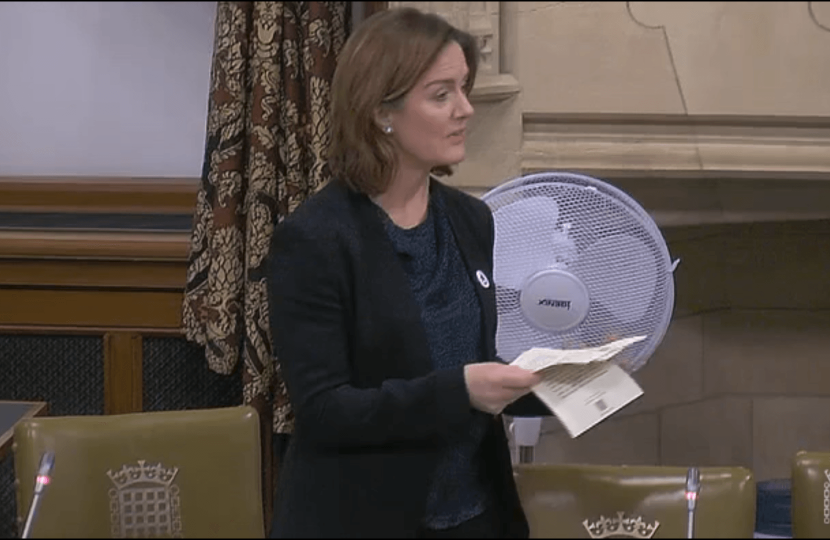 Following a two year survivor led campaign which began in 2016, last year Telford & Wrekin Council agreed to commission an independent inquiry into CSE in the town.

The local authority previously resisted such an inquiry claiming that lessons had been learnt, cited recent Ofsted findings that rated their work ‘good’ and referred to IICSA which they claimed would look at what happened in Telford.

Telford & Wrekin Council has now appointed the law firm Eversheds Sutherland as the Commissioning Body for the inquiry who will begin the recruitment process for a Chair to lead the inquiry and set the terms of reference.

During the debate, Lucy Allan said:

“I want my community to know that as their MP I feel a sense of duty to ensure this enquiry happens and that it does deliver accountability and change.

“In every case of CSE there is a sense that the system was just not on their side – that their experience was minimised, that somehow they were to blame and that the authorities and those in positions of power just did not work for them.

“Whilst much has changed and we do see great improvements in Telford and elsewhere, I urge the Minister who I hold in highest regard to do all he can to ensure this inquiry doesn’t become one more example of the way in which authorities so often fail the very people whom they are there to serve.”

“It is in the interest of all concerned in Telford that the inquiry is set up in a transparent manner which meets the needs of survivors.

“Appointing a Chair should now be prioritised. Costs associated with the inquiry seem to be rising and the Council should be held to account for this as appropriate.

“The Council need to properly deliver on it and provide answers and justice for the survivors. I hope all involved work together to constructively help all victims and survivors.”