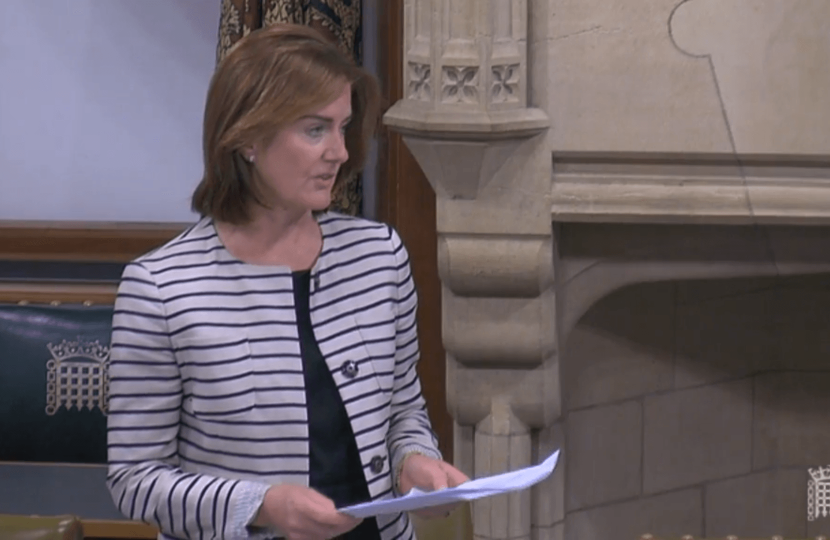 Today in Parliament, Telford’s MP held a Westminster Hall Debate to raise the issue of Child Sexual Exploitation (CSE) and the defence of consent.

Under current law, perpetrators can avoid charges and prosecution for CSE offences using the defence that perpetrators would, from a victim’s actions, have reasonably believed the victim consented. This defence was used for a case in Telford where no charges were brought forward.

Ms Allan called for the debate to raise the case in Telford and to ask the Minister to consider updating the Sexual Offences Act 2003 when it comes to a definition of consent.

In response to the debate, the Government have agreed to review the case raised.

During the debate Ms Allan said:

“A child who is groomed into acquiescence is not willingly and voluntarily consenting to sex. Grooming is coercion and it brings about control over a victim…to force a vulnerable child to do something they do not want to do and would not otherwise have done.”

“This is an issue of safeguarding and there has been failure at times of agencies to understand that safeguarding has to come first and the point of view of the victim is paramount, rather than considerations of another kind.

“Acquiescence is not consent… the fact that a young person has been groomed raises the reality that they may have been placed into a position where they’ve acceded to sexual activity rather than given any meaningful consent.”

“It should not be a defence in a CSE case, to say the child victim consented, or that the perpetrator would not have been aware from the victim’s actions that she did not want to have sexual intercourse.

“Consent to sex must be freely given. A child victim of a grooming gang does not exercise free will. The victim is not choosing to have sex with the perpetrator. Grooming is a subtle process. If a child has been groomed, then any consent (be it express or implied) has in effect been forced.

“I am pleased that there is a review into the case I have raised. All victims of CSE deserve justice to move forward.”