Government announces £36 million for management of the River Severn 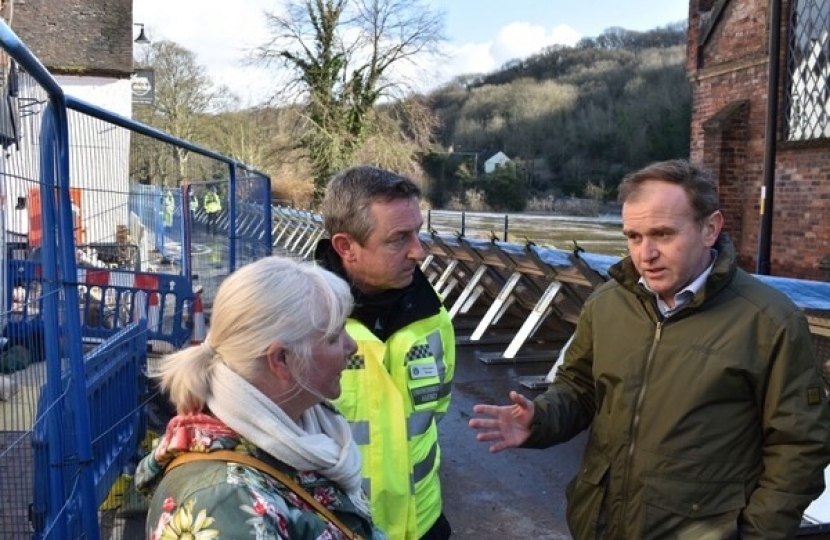 The Environment Secretary, George Eustice MP, has announced a flood and coastal erosion policy, with £5.2 billion pounds allocated to flood defences, river management and direct support for communities at risk. Facing the impact of Storm Ciara and Dennis in February, residents and business owners in Ironbridge were faced with the highest water levels since 2000. This new policy package will see at least £36 million allocated to the management of the River Severn.

The scheme will create and retain 22,000 jobs across Shropshire and protect 3,000 homes along the Severn’s course. The Government will also inject funds into a scheme to underwrite insurance policies in high-risk flood areas such as Ironbridge. Measures to be implemented include flood defences, water course management and tree planting to change the scope of the river basin in a natural way.

The long-term Policy Statement sets out the government’s ambition to create a nation more resilient to future flood and coastal erosion risk. It outlines five ambitious policies and over 40 supporting actions which will accelerate progress to better protect and better prepare the country against flooding and coastal erosion in the face of more frequent extreme weather as a result of climate change.

“I am very grateful to the Environment Secretary, who has given particular attention to flooding along the River Severn, particularly in Ironbridge. Following his visit to the Gorge after the February floods, the Environment Secretary and DEFRA have been working around the clock to deliver a new and sustainable plan to tackle the flow of the River Severn. It is crucial that we can manage flooding and protect our community from its impact long into the future.”

Photo: The Secretary of State on a visit to Ironbridge, at the invitation of Lucy Allan MP, in February 2020.