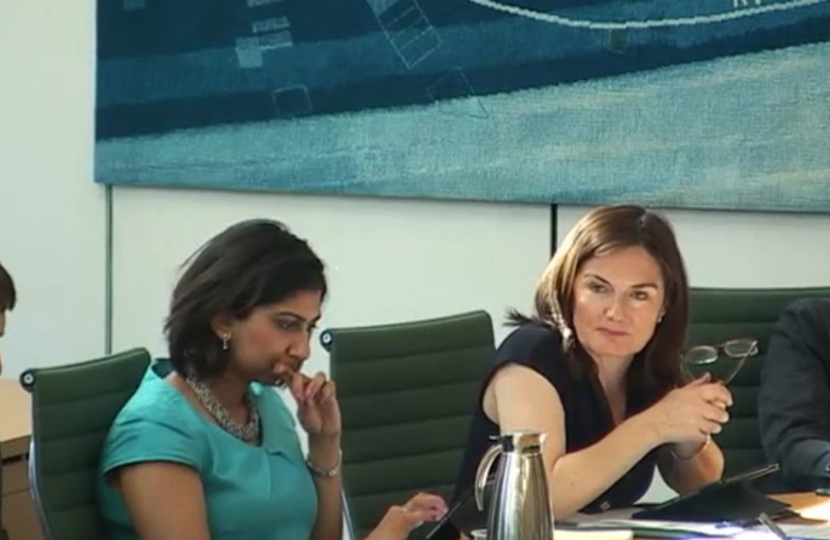 In a joint sitting of the Education, and Work and Pensions Select Committees Telford MP, Lucy Allan, has heard from national charities Family and Childcare Trust, Save the Children, 4 Children, and Action for Children.

The charities were invited to the joint hearing to put forward their views and analysis on the Government’s life chances strategy. As part of this Save the Children highlighted their recent report into how boys are falling behind girls in early years.

Save the Children’s findings show that last year in Telford:

Save the Children’s report also set out how a fifth of all five year olds, and a third of the poorest children, spend the beginning of primary school struggling with communication skills such as speaking in full sentences. Evidence suggests that many of these children struggle to catch up and are much less likely to do well school or to succeed in the world of work.

Commenting, Lucy Allan MP, said: “The report from Save the Children and the evidence given in today’s joint select committee meeting was very powerful. Giving children the best start in life is vital to preventing poverty in later life.

“Whilst early years childcare has an important role to play in lifting children out of poverty, more needs to be done to support parents and help strengthen families.

“Improving life chances is a key part of the government’s agenda and one that I wholeheartedly support.”