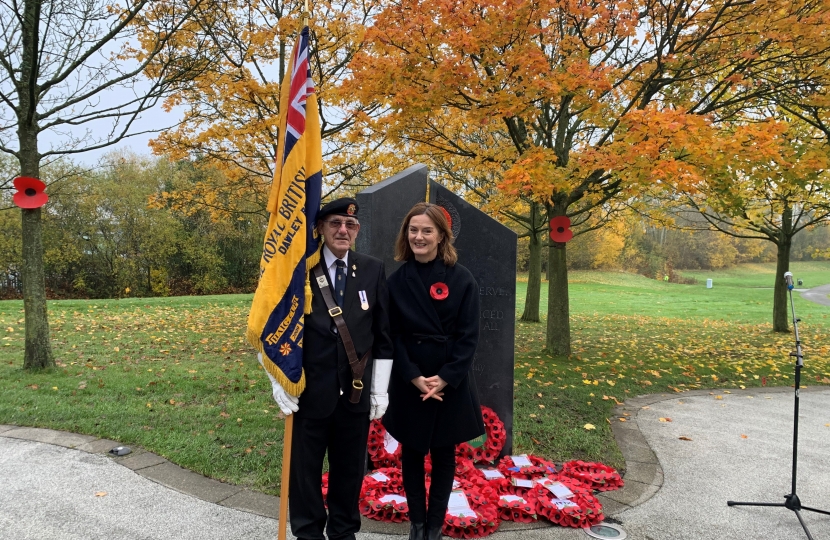 Lucy Allan MP recommended Eddie on the basis of a lifetime of service in all three branches of the armed forces and for his role as a civilian instructor for the Air Training Corps. Eddie is also the standard bearer for the local branch of the Royal British Legion and founded the Telford veterans breakfast clubs, bringing together veterans on a regular basis.

The Prime Minister was impressed by Eddie’s service to his country and his community and it is fitting that he will be recognised for the award on Remembrance Day, given his service in the armed forces and for the Royal British Legion.

Details of Mr Mansfield’s award have been announced on the Points of Light website.

"I am delighted that the Prime Minister has recognised Eddie for the Points of Light Award.

Eddie has dedicated a lifetime of service to his country and his selfless voluntary work for the community has been both exemplary and inspiring. I couldn’t think of a more deserving recipient.

Eddie really is the best of Telford and I am proud that his achievements have been recognised at the highest level.”