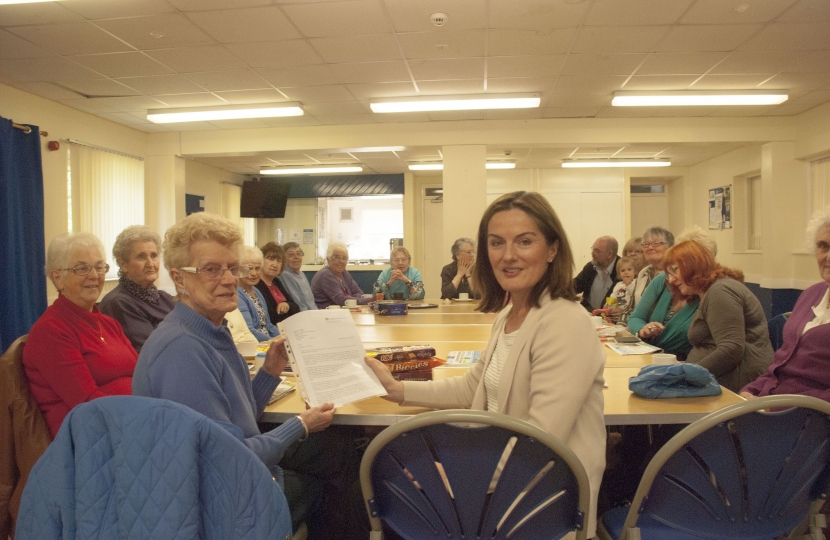 David Cameron has written to members of a local community group to reassure them about changes to their pensions.

The Prime Minister wrote to the Hollinswood Chit Chat Club, a group of senior citizens who meet every month, after their concerns were raised by community campaigner Lucy Allan.

The letter talks about the government’s plans to improve life for pensioners who have worked hard by increasing the state pension and protecting pensioner’s benefits like winter fuel payments, free prescriptions and free bus travel.

Mr Cameron wrote: “I was sorry to read of the groups concerns, particularly as supporting pensioners and savers who have worked hard and done the right thing throughout their lives matters a great deal to me. I recognise – as do all of us in the Conservative Party – that pensioners have contributed, and continue to contribute, a huge amount to our country, and that people deserve dignity and respect in later life.”

"We are putting in place policies that stand alongside deficit reduction as a centrepiece of our long-term economic plan. That includes giving people more control over how they access their pension pots and abolishing the 10p tax rate for low income savers. We are also introducing a new, single ISA with an incereased £15,000 limit to help people who want to save to give themselves more."

Lucy Allan said: “I was very pleased that the Prime Minister took the time to write to the club and address their concerns. We’re all living longer, which means more demands on services. It’s important we keep pensioners centre stage.

"It’s really good of the Chit Chat Club to raise the profile of issues that matter most to senior citizens in Telford. It’s important we take their concerns on board.”

June Davenport, the club’s chairman, said: “The Ladies at the Hollinswood Chit Chat club were very thrilled and surprised that David Cameron found the time to write to us regarding our concerns. It made us of the older generation feel that perhaps after all we Senior Citizen's matter.

“We would like to thank David Cameron for his reply and especially Lucy Allan for writing to him about our questions.”