Aspiring local Telford woman invited to Parliament for the day 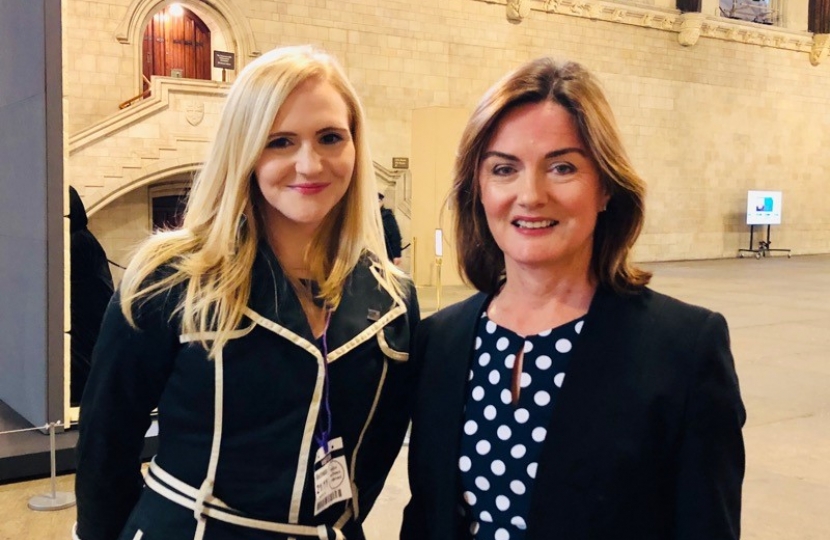 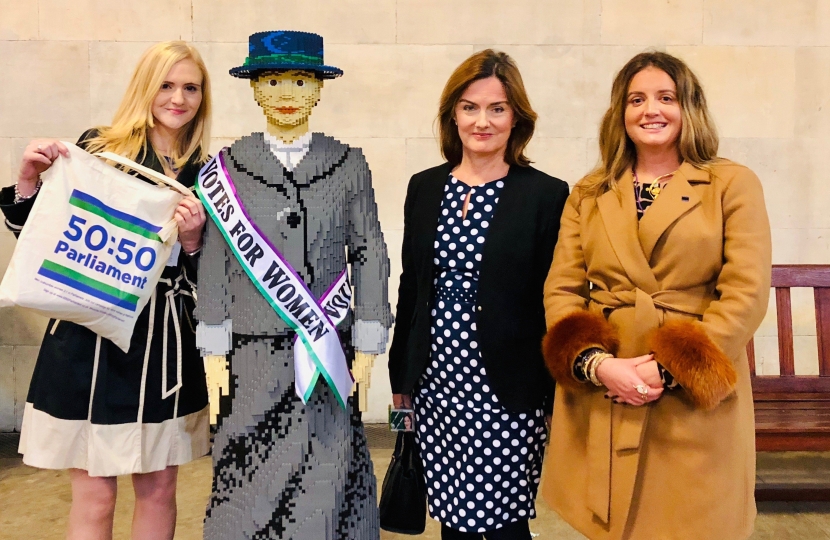 Local Telford resident Shana Roberts accompanied Lucy Allan MP to Parliament for the day as part of an initiative to encourage more women to stand for political office.

The initiative, which has seen significant numbers of women from all parts of the country descend on Westminster was organised by campaigners from 50:50 Parliament in partnership with the Jo Cox Foundation, Fawcett Society and the Centenary Action Group to highlight the gender imbalance in Parliament and local government.

Currently men outnumber women by more than 2:1 in the Commons. Only 33% of local councillors in the UK are women. Today’s ‘Ask Her To Stand’ event was aimed at closing the gap.

In the century since women were first able to stand for election, only 491 women have gained seats at Westminster, compared to 4503 men. In the 2017, 12 extra women were elected to Parliament, at this rate, campaigners say, it will take another half century to achieve the gender balanced Parliament that all the political parties agree we should be working towards.

The women spent time shadowing their MP and seeing first-hand what it means to be a Member of Parliament. During the day the women were invited to attend events, take part in workshops and listen to talks to get a full picture of what it means to stand for political office.

The day was organised to celebrate the centenary of the Qualification of Women Act which allowed women to stand as political candidates for the first time.

“We need more women to stand for public office. At all levels in politics from the grass roots to Westminster we have two men for every one woman, meaning that our debates, laws and institutions we are missing the voices, experiences and talent of women who would make excellent representatives.

“I hope today inspires great women such as Shana to stand for election to give us all broader and more representative decision making. It was a pleasure to welcome Shana to Parliament. She is a great champion for her local area and would make an excellent MP.”

“It is a privilege to have been selected to be a part of this event. This is an amazing opportunity to learn about the role of my MP and better understand the importance of women at Westminster. Now, more than ever, it is vital that women are empowered to stand up, speak out and take control of their own destiny. Being better represented across our government is just the beginning.”